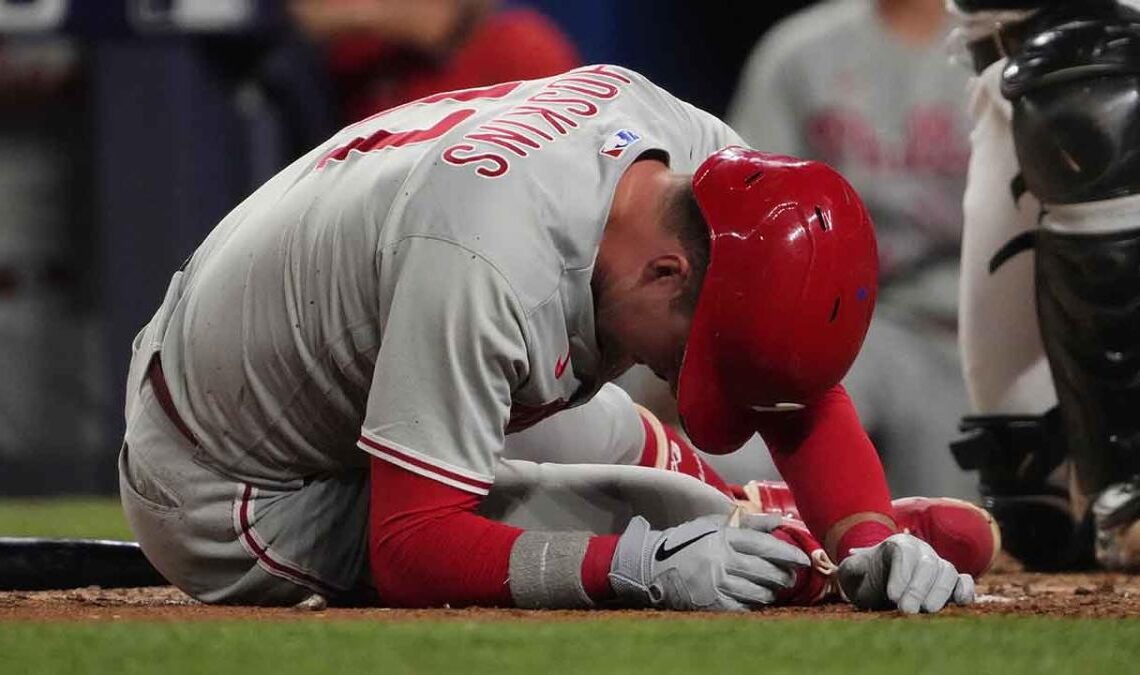 MIAMI — Phillies slugger Rhys Hoskins left Wednesday night’s win over the Miami Marlins after being hit by a pitch on the right hand.

Hoskins was hit by Miami’s Edward Cabrera in the top of the third inning.

The initial diagnosis on Hoskins was a contusion. X-rays were negative.

No break was a good break.

“Any time a guy takes one up and in …” said Harper, shaking his head. “Look at me this year. Seggy, too. It’s a bummer that it happened, but he’s OK. It’s good to know there’s no break.”