September isn’t so meaningless for these 3 MLB players 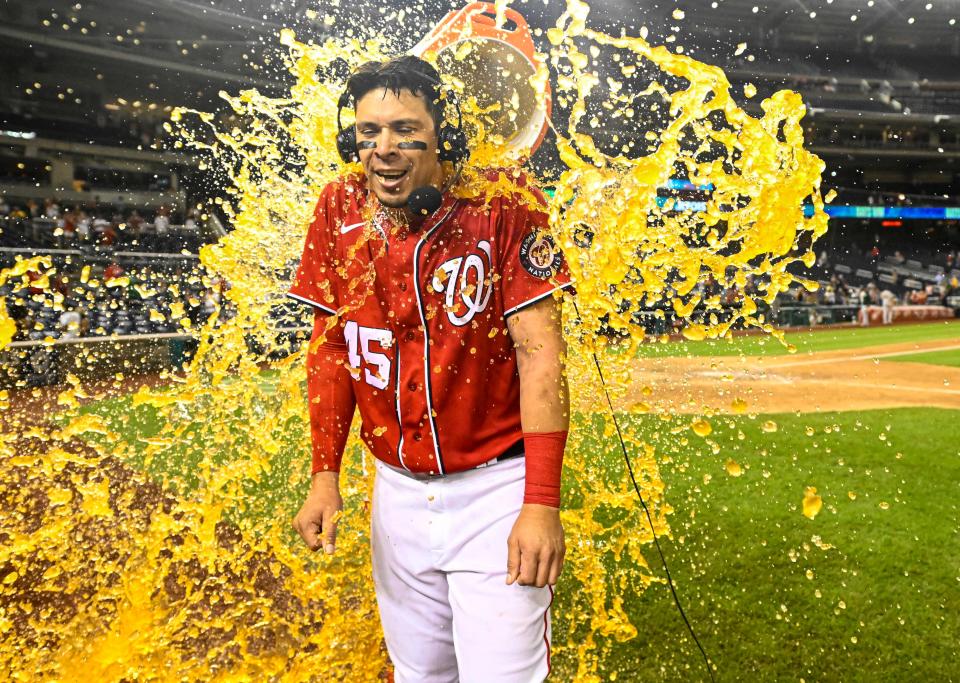 As the cooler half of September arrives and bleeds into October, more than 300 Major League Baseball games will unfold, a precious few bearing the scrutiny invited by playoff races or historic achievements.

Dozens more will be played virtually out of the public eye and before far more empty than occupied seats, veterans largely playing out the string and established youngsters chasing numbers that might look more appealing before an arbitrator’s eye come winter.

Yet for a precious few, September baseball will bring a tentative gratification of a surprise opportunity that often comes after a decade-plus of toil, after countless apartment-packing adventures and the helpless curiosity of wondering who they were traded for this time, or which fortunate player claimed their roster spot.

Stuck in that limbo between valued prospect and organizational chaff, dozens of ballplayers will look to the season’s closing weeks as an onramp to viability. USA TODAY Sports caught up with three of them:

Joey Meneses: ‘Lot of good ballplayers in the minors’

Even after emerging as the most pleasant surprise in a grim and transformative year for the Washington Nationals, Joey Meneses never loses sight of his path.

The Aug. 2 trade of franchise player Juan Soto and respected first baseman Josh Bell closed the book on a decade of prosperity in Washington and capped a 12-month period in which seven former All-Stars were shipped away. The Nationals are 49-92, on pace for 106 losses and squarely focused on the development of their elite young players.

Meneses was not one of them.

He made his major league debut hours after Soto and Bell were dealt, lost in the haze of those deals and the anticipation that the players coming in return – most notably everyday shortstop C.J. Abrams – engendered.

But the script changed when few were watching. Meneses was rushed to D.C., struck out against Jacob deGrom in his first career at bat but then homered in his third – and hasn’t stopped hitting since.

That longball was the first of 49 hits in the six weeks that followed; just two National League players have more. He’s smacked eight home runs and 10 doubles, with an OPS of .907 in this limited sample. It’s a bit odd to term this a “breakout,” in that Meneses debuted shortly after celebrating his 30th birthday.