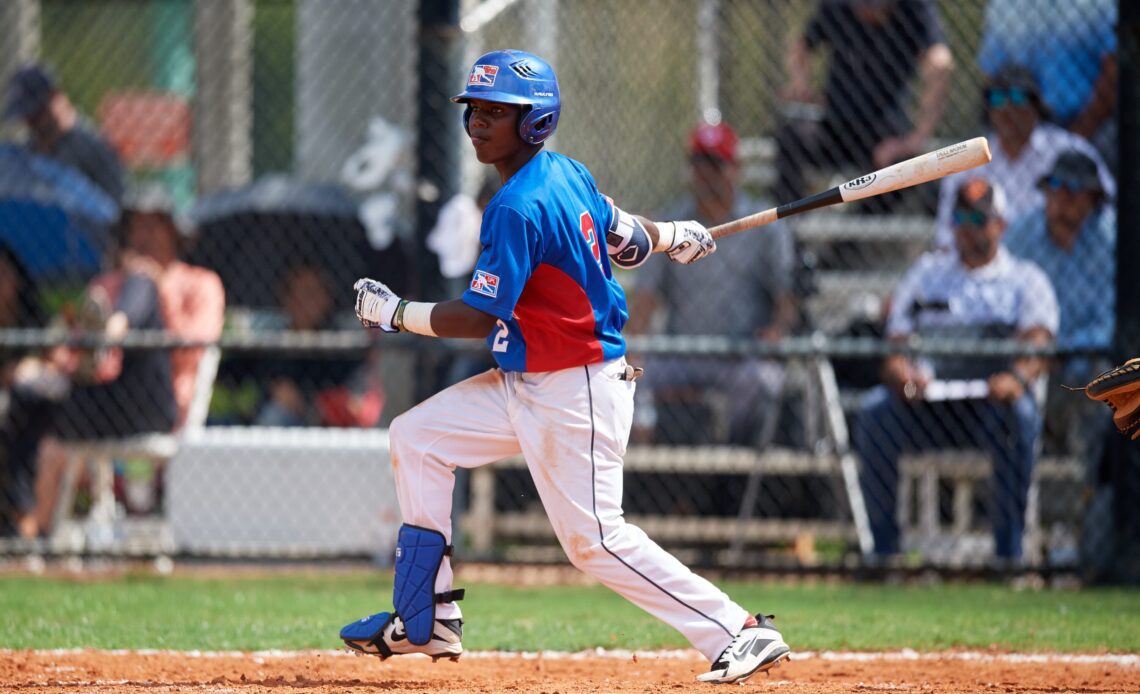 Once the international signing period opens on Jan. 15, 2023, there should be 15-20 infielders who will sign for at least $1 million.

They’re mostly all shortstops now, with some true shortstops who could play there up to the major leagues, though for many their future is likely at second, third or in some cases the outfield.

The Bahamas continues to be a fruitful source of talent. The top player there this year is Walcott, a player several scouts consider one of the premium prospects this year, with a bonus likely coming in above $3 million. It’s an impressive combination of size, athleticism and power potential from a player who already has good components to hit. Early in the process, Walcott was a slender player lacking strength, but he has grown to 6-foot-4, 190 pounds, getting taller and stronger while staying lean and athletic with plenty more physical upside remaining. Walcott drives the ball with impact now and has the bat speed to develop plus raw power once he fills out. For a 16-year-old hitter with his long limbs, he’s able to keep his swing intact and has the hand-eye coordination where he has shown good contact skills in games, too. An above-average runner underway, Walcott is a shortstop now but might end up outgrowing the position and sliding over to third base or possibly the outfield. He has outstanding arm strength for his age, grading out plus with a chance to tick up as he fills out.

Valdez drew a lot of praise from scouts for his mix of athleticism and hitting ability at a premium position. He has good hand speed with a fast, whippy swing to barrel good fastballs and feel for the strike zone that has led to good game performance with gap power that’s trending up as he fills out his 6-foot-1, 165-pound frame. He moves around well at shortstop as well with the ability to stick at the position, with a bonus in the $2.5 to $3 million range.

At 6-foot-3, 180 pounds, Vargas is tall, lean and athletic with a good mix of athleticism, physical upside and power potential. He’s a tick above-average runner who should stick at the position because he ranges well to both sides, has good hands and…