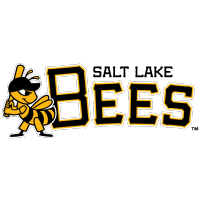 The Salt Lake Bees snapped a four game losing streak with a 6-5 win over the Sugar Land Space Cowboys on Thursday night. Down 1-0 in the second, the Bees got back-to-back RBI singles by Jake Gatewood and Chad Wallach for a 2-1 lead. After Sugar Land tied it up with one run in the second, Salt Lake took the lead for good with three runs in the fifth. Jake Palomaki led off with a single, took second on a wild pitch and moved to third on a single to left by Jack Mayfield. One out later and after Mayfield stole second, Kean Wong grounded a single to right to bring home both runners for a 4-2 lead. Monte Harrison reached on a fielder’s choice, took second on an error, stole third and scored when the throw went down the left field line.

The Bees scored their final run in the seventh on a solo homer by Harrison, his ninth of the season to extend the lead to 6-2. Salt Lake survived bases empty blasts by Sugar Land in the seventh, eighth and ninth to hang on for the victory, as Elvis Peguero retired the last two batters for his fifth save. Jake Kalish (10-2) set down all six batters he faced for the win. He became the first Salt Lake pitcher to reach double figures in wins since Troy Scribner won eleven in 2017. Mayfield, Wong and Wallach each had two hits to lead the Bees’ ten hit attack.