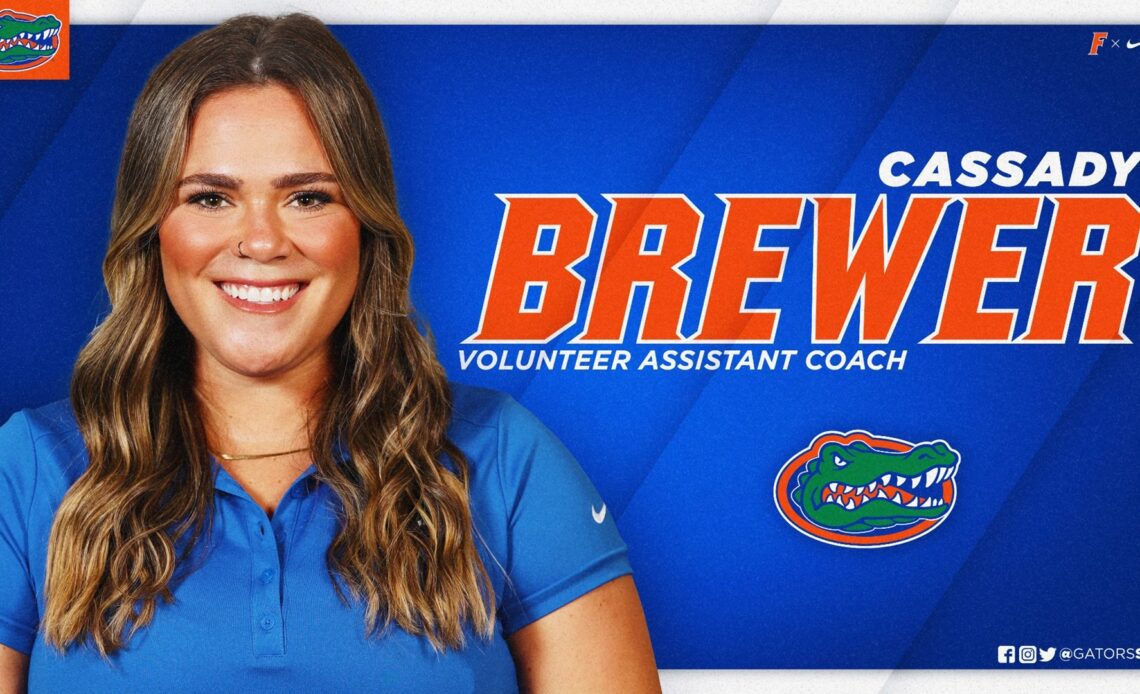 “I’m excited to announce that Cassady will be joining our staff as our newest volunteer assistant coach.” Walton said. “Over the past two years Cassady has been a tremendous addition to our program. Her work ethic, attention to detail and positive attitude continues to be a great fit for the Gators and I look forward to helping her continue her growth in this profession.”

Brewer joined the Gators in 2021 as the program’s film intern. The Apopka, Fla. native’s main responsibility was cutting and preparing all game and practice film used for opponent scouting, self-evaluation and training. In addition, she assisted the coaching staff with scout for all opposing team pitchers that the team would face throughout the season and oversaw the implementation of technology during practice and film sessions.

“I would first like to thank Tim Walton and his staff for giving me this opportunity.” Brewer said. “I am so blessed to be a part of such an iconic brand and storied program. I have loved my time with this team the past two years and look forward to learning more from this staff in my new role! I can’t wait to get to work, Go Gators!”

Prior to her time with the Gators, Brewer was a four-year starter at UCF within the Knights softball program. During her freshman campaign with the Knights in 2016, she was named the AAC Freshman of the Year along and earned a spot on the All-AAC First Team and AAC All-Rookie Team.

The talented catcher, who also played second base her freshman season, followed up with All-AAC First Team honors during both her sophomore and junior campaigns behind the plate and closed out her senior season as an All-AAC Second Team selection and NFCA All-Region Second Team member.