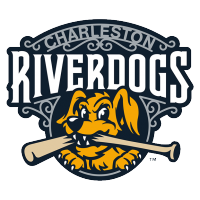 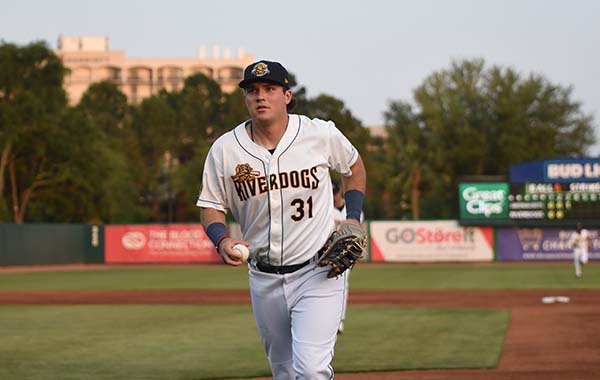 Myrtle Beach, SC – The Charleston RiverDogs held off a late surge by the Myrtle Beach Pelicans to finish a sweep of the South Division Championship Series with a 10-6 win at Pelicans Ballpark on Thursday night. The victory marked the first time in franchise history that the team has won a playoff series in consecutive seasons.


Each team jumped out to a quick start in the first inning. Myrtle Beach starter Didier Vargas struck out the first two batters of the game before allowing a single up the middle to Junior Caminero. Bobby Seymour followed with his first home run of the playoffs, a two-run shot, over the right field wall to give the RiverDogs a 2-0 lead. In the bottom of the first, the Pelicans pulled even when Haydn McGeary blasted a two-out, two-run home run of his own off of Alex Ayala Jr. The RiverDogs southpaw ended up tossing 4.1 innings with two runs allowed on three hits. He walked five and struck out seven.

A prolonged two-out rally in the fourth inning helped Charleston take control. Vargas retired the first two batters of the inning, stretching his total to nine consecutive hitters retired. Willy Vasquez sparked the attack with a single and was joined on base by Brock Jones after a free pass. Ryan Spikes handed the lead back to the RiverDogs by turning on a breaking ball and rolling it through the left side for an RBI single. Dominic Keegan followed with a groundball to short that was bobbled and dropped by Josue Huma for an error that allowed another run to score. The string continued with Oneill Manzueta’s RBI single to center that was compounded by a throwing error by center fielder Parker Chavers allowing another run to score. The final damage of the frame was done on Shane Sasaki’s smash off of the starting pitcher Vargas that resulted in an infield single with the lead growing to 7-2.

Neither team scored again until the top of the eighth. The inning began with three consecutive singles against Parker McCullough, the final of which drove in a run off the bat of Spikes. Following a strikeout by Keegan, Manzueta collected his second run batted in with a sharp single over the mound. The lead grew to 10-2 on a balk by McCullough with a runner at third base.

Daiveyon Whittle was fantastic out of the bullpen, working 3.2 scoreless frames while scattering just two hits. His work allowed the…