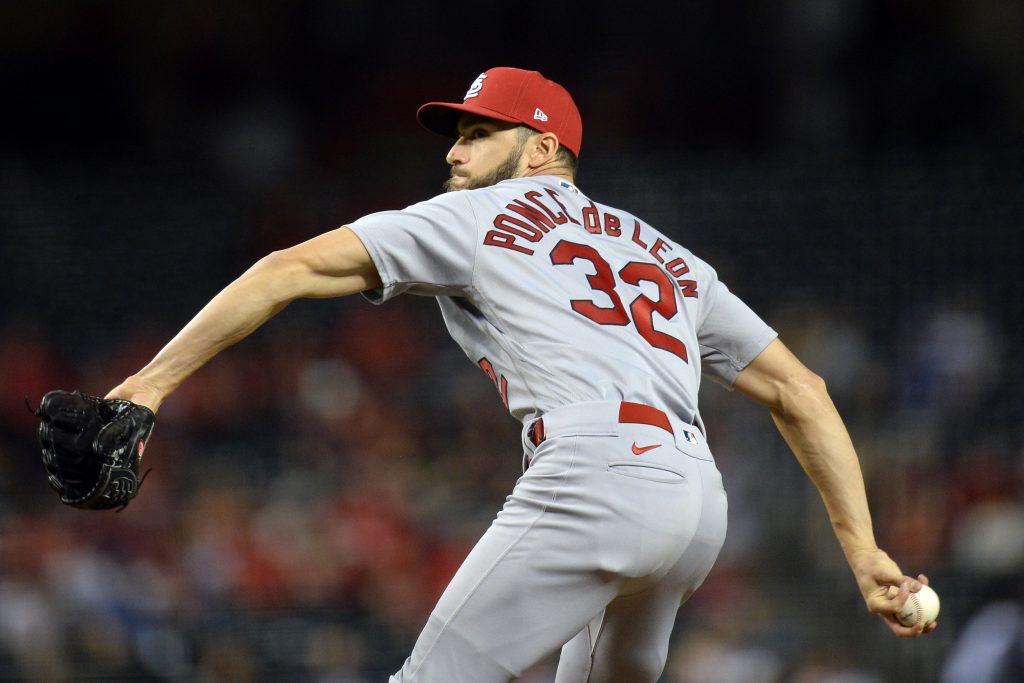 The Tigers signed right-hander Daniel Ponce de Leon to a minor league contract this week. He made his organizational debut with Triple-A Toledo on Tuesday, tossing six innings of one-run ball.

It’s the third organization of the season for Ponce de Leon, who is still searching for his first big league call of the year. He opened the season on a non-roster deal with the Mariners, spending three months with their top affiliate in Tacoma. Ponce de Leon struggled to a 7.95 ERA there and was released in mid-July. He caught on with the Nationals not too long after, making seven Triple-A starts before being released earlier this month.

Between the three clubs, the 30-year-old has a 6.96 ERA in 24 starts at the minors highest level. He’s punched out a solid 25.7% of batters faced over that stretch, but he’s also walked an alarming 11.5% of opponents and struggled to keep the ball in the yard. Before this season, the former 9th-round pick had a stronger track record in the upper minors. Over parts of five Triple-A seasons, he owns a decent 3.88 ERA.

The Tigers rotation has thinned out significantly in the past few months. Casey Mize and Tarik Skubal have long since been lost for the season, and Rony García was also knocked out for the year. Meanwhile, Detroit released Michael Pineda last week. Of late, Detroit has turned to a starting five of Eduardo Rodríguez, Matt Manning, Joey Wentz, Tyler Alexander and Drew Hutchison. Rodríguez and Manning are the only members of that group who are likely to open next season in the rotation (although Wentz may get an opportunity to compete for a job in Spring Training), so there’s room for Detroit to take a look at Ponce de Leon during the season’s final few weeks if they’re intrigued by his form in Toledo.