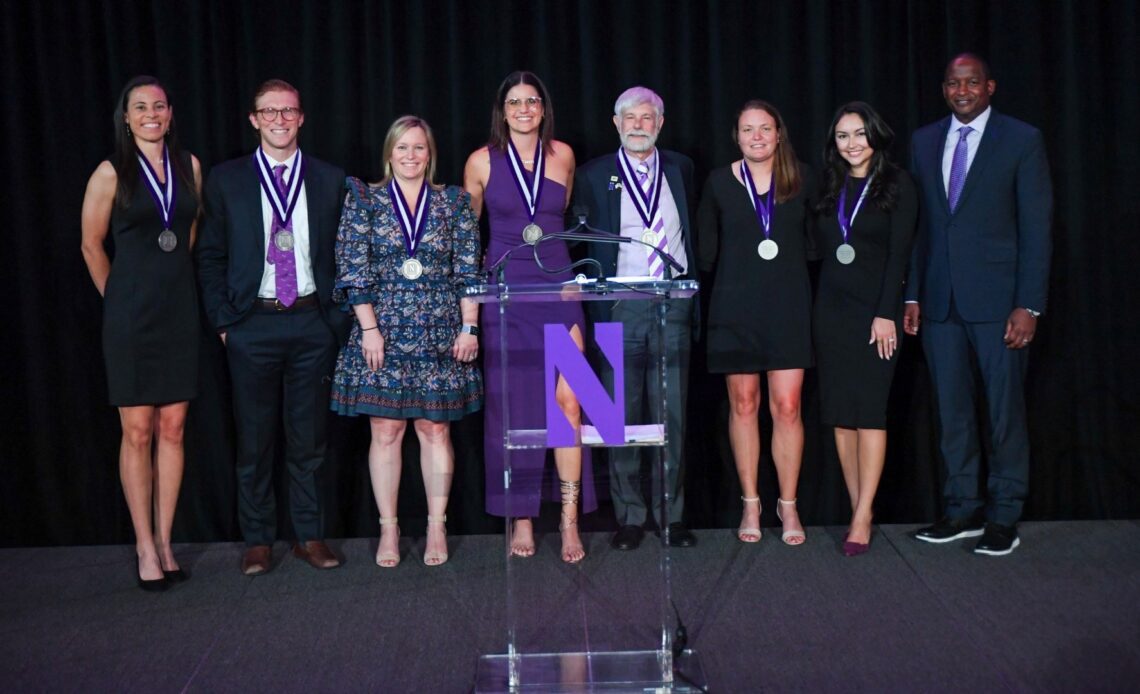 
EVANSTON, Ill. – A group of eight remarkable Wildcats – including seven student-athletes and one coach – comprises the 2022 Northwestern Athletic Hall of Fame Class that will be inducted on Friday, September 16 at Welsh-Ryan Arena.

“This year’s class represents the absolute best of Northwestern,” said Combe Family Vice President for Athletics and Recreation, Dr. Derrick Gragg. ” They have achieved at a truly elite level representing Northwestern Athletics and have built the foundation in which our current programs continue to build upon. There is no higher honor and we are proud to welcome them into our Hall of Fame.”

Additional info on each inductee, along with their full induction speech, can be found below:

A four-time All-Big Ten selection and 2011 finalist for the USA Softball Player of the Year Award, Emily Allard holds the Big Ten record and ranks 25th in NCAA Division I softball history in stolen bases with 154.

Allard’s bat control and speed at the top of the lineup set the table for NU’s offense for four-plus seasons. After earning All-Big Ten and NFCA All-Region second-team accolades as a first-year in 2010, Allard exploded as a sophomore to shatter the Northwestern school record with a .491 batting average in 2011. She stole 45 bases that season to earn the NFCA’s Golden Spikes Award as the top base stealer in NCAA Division I. In addition, she was added to the top-25 finalist list for USA Softball Player of the Year.

In 2012, Allard led the Big Ten in hits and steals, earning her a spot on the USA Softball Player of the Year watch list. She earned a base hit in 53 of Northwestern’s 58 games that season, and batted .500 in four games at the NCAA Austin Regional to lead the Wildcats to the championship round.

After medically redshirting in 2013, Allard returned as a fifth-year senior in 2014 to cap her career with a fourth All-Big Ten award. She again led NU to the NCAA Regional championship…