With unwavering belief, the Mets are in the playoffs. Now, can they hold off the Braves? 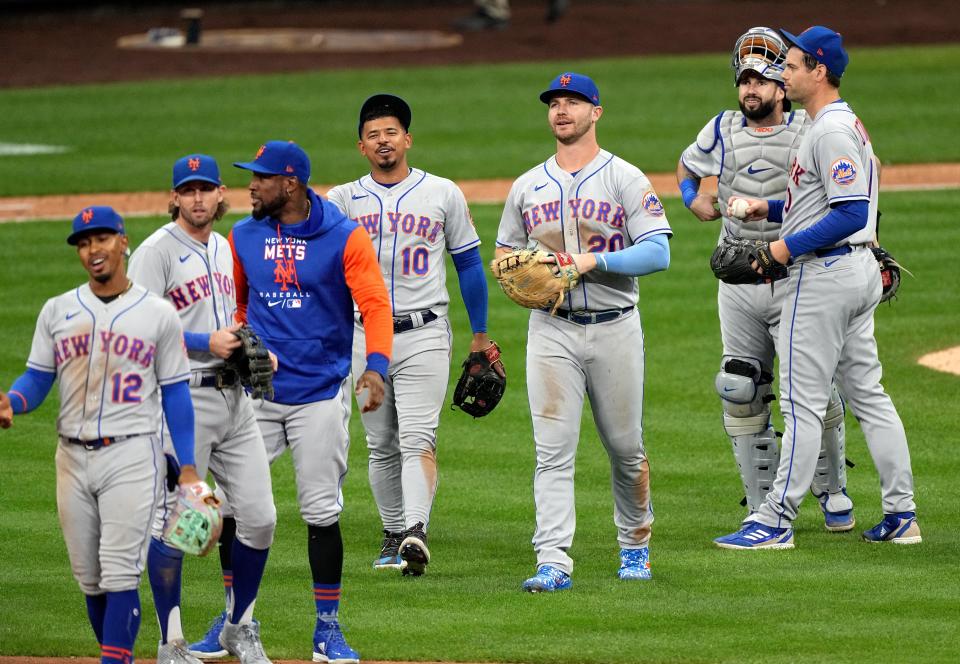 The New York Mets have had questions they needed to answer since the beginning of the 2022 season.

Following a shoulder injury to Jacob deGrom in the final week of spring training the initial inquiry was “who is going to be the opening day starter?”

But for the first time in six years, every one of the questions that were hurled the Mets’ way came with an answer underlined with a degree of hope and optimism. The anticipation for a successful season began with Tylor Megill’s sterling first outing of the season against the Nationals on April 7 and the lofty ambitions continued all the way until the end of the season despite injuries to Max Scherzer, Starling Marte and Trevor May, among others, along the way.

This season’s Mets team changed the narrative of the past. With 94 wins and 13 games still to go, the Mets clinched their postseason berth since 2016 with a 7-2 victory against the Brewers on Monday night at American Family Field in Milwaukee.

STAY UP TO DATE: Sign up for our Sports newsletter now!

Throughout the season, the Mets uncovered a sense of belief under Buck Showalter that carried them to this point. Whether it was a big deficit or big injury, the Mets found a way to rise up.

Early on, the Mets proved they were not going to go down without a fight in any game. It began with a two-out five-run rally against the Cardinals on the road and continued with dramatic six-run, ninth-inning comeback against the Phillies on May 5.

The Mets won their first seven series and did not drop a series in their first 10. With a six-game win streak between late May and early June, the Mets built up a 10.5-game lead in the National League East.

Since the offseason when Steve Cohen opened up his wallet and new general manager Billy Eppler went out and added Scherzer, Marte, Mark Canha, Eduardo Escobar and Chris Bassitt, something seemed different.

But there is a difference between a quality lineup on paper and the product on the field.

There has been grit.

Francisco Lindor has played in all but one game this season despite being hit up and in and suffering a cracked tooth in the opening series and later fracturing his middle finger after jamming it in a hotel door before the opening game of a series with the Dodgers in early June.