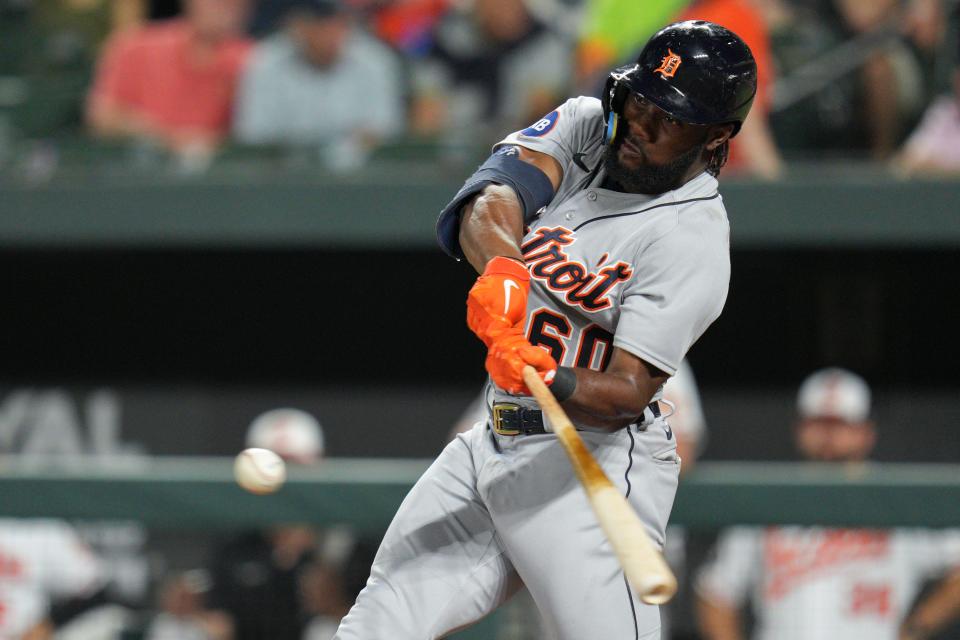 Perhaps the Detroit Tigers‘ 2022 wouldn’t have been so bad if they were just allowed to play the Baltimore Orioles a lot more.

The Tigers remained perfect against the O’s this season after Tuesday’s 3-2 win in Baltimore. Detroit swept a three-game series from Baltimore in April at Comerica Park, outscoring the Orioles, 12-3. The Tigers go for the season sweep beginning at 7:05 p.m. Wednesday.

Jeimer Candelario, whose batting average has hovered around .200 all season, had his first four-hit night of 2022, which included two doubles. Kerry Carpenter and Akil Baddoo both homered, and the Tigers struck out just five times (two by Javier Báez).

Tigers rookie left-hander Joey Wentz, in just his fifth start of the season, allowed just two hits and two walks while striking out four over 5⅔ innings. He threw 86 pitches, 53 for strikes, and retired the first eight batters he faced.

Candelario led off the third inning with a single to right, setting the table for Baddoo, who has struggling his second season in the majors. Entering Tuesday hitting .183 with four extra-base hits in 153 at-bats, Baddoo smashed a 2-0 pitch from right-hander Austin Voth to right-center field for a 2-0 lead. It was just the second homer for Baddoo this season, the first since April 13 at home against the Red Sox.

The lefty-hitting Carpenter provided the pivotal third run to led off the seventh, taking a 1-1 fastball from righty Joey Krehbiel over the ball in left-center for his fifth home run of the season in just 88 at-bats.

The first Oriole to reach against Wentz was Jorge Mateo, who got to first on Willi Castro’s fielding error at shortstop. Gunnar Henderson followed with a single that Castro deflected into center field, but Wentz struck out Ryan Mountcastle looking to end the threat in the third.

Wentz was pulled after giving up a two-out single to Adley Rutschman in the sixth. Alex Lange entered the game, put the tying run on first by walking Jesus Aguilar, but struck out Ramon Urias.

Joe Jimenez came in to pitch the seventh, but Austin Hays greeted him with a leadoff single. Then with two outs, Henderson hit a two-run home run to right-center to cut the Tigers’ lead to one….