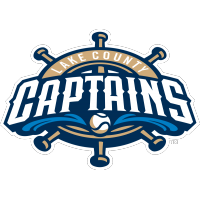 The Captains jumped out to a quick start, getting the first three batters to reach. Joe Naranjo on a walk, Connor Kokx, and Petey Halpin both singled. With one out, Milan Tolentino lifted a ball into deep left field that scored a run, a sacrifice fly. Luis Devers forced a ground ball to end the frame.

Tommy Mace was dominant over his first three frames for Lake County. The right-hander permitted just three baserunners, one reached via an error.

In the fourth, the Cubs knotted up the score. A walk and back-to-back singles, the second being an RBI base knock from Pablo Aliendo made it 1-1. Mace would not finish the fourth after throwing 28 pitches, as South Bend worked counts well against him.

Lake County reclaimed the lead in the fourth, once again getting a run against Luis Devers. Christian Cairo singled and stole second. With two outs, Micael Ramirez delivered his fifth hit of the postseason, a single to right field. Devers finished the fourth, it was the first time he allowed more than one run in an outing in High-A, with 11 appearances in the regular season.

Runners in motion helped South Bend tie up the game. After a scoreless fifth from Alaska Abney, the right-hander allowed a walk to BJ Murray who then stole second to begin the sixth. He moved to third off a Yohendrick Pinango single gained against Jaime Arias. Then Davis Sharpe entered the contest.

The 2021 13th Round Pick got a strikeout, but following the swing and miss, Pinango took off to second. An errant throw into centerfield assisted Murray to trot home from third pulling the game even 2-2.

In the top of the seventh, the Cubs delivered two two-out hits, a double from Owen Caissie and an RBI single from Luis Verdugo. Pete Crow-Armstrong had two hits in his first four plate appearances, in his fifth at-bat in the top of the ninth, he rifled a ball over the right-field fence to make it a 4-2 game.

Lake County in the final three innings were held to just two hits. In the bottom of the ninth, Micael Ramirez began with a walk. Cesar Idrogo, came in as a pinch runner. Yordys Valdes then extended his postseason hitting streak to five, with a single. After a pitch in the dirt, both…