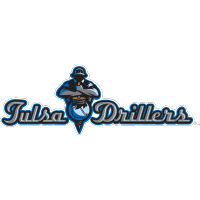 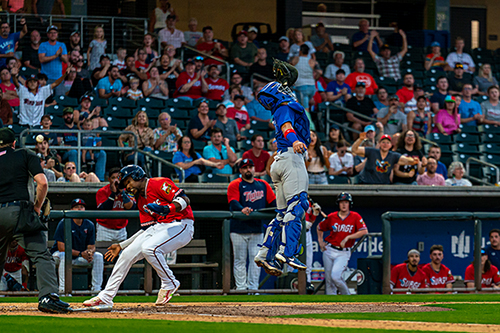 WICHITA, KS – After one postseason game, the Tulsa Drillers task for advancing in the 2022 Texas League playoffs has been simplified. Following a 17-1 loss Tuesday night to Wichita in game one of the North Division Series, the Drillers will need to win two consecutive games in order to extend their season and advance to their fourth appearance in the Texas League Championship Series in the past five seasons.


The good news for the Drillers is that, despite the score, the game one loss only counts as one win for Wichita.

Tulsa will have time to recover from the lopsided defeat with a day off for travel before hosting the Wind Surge at ONEOK Field on Thursday night for game two of their best-of-three division series. If the Drillers win on Thursday, they would also host the series-deciding game three on Friday night.

They will need to quickly forget Tuesday’s opener at Wichita’s Riverfront Stadium as nothing went right. After a scoreless first inning, Wichita scored 12 runs over the next four innings and put the game out of reach early.

Half of the Wind Surge’s 14 hits in the game went for extra bases, including 4 home runs. Tulsa pitchers aided Wichita’s offensive effort by issuing 9 walks.

Nick Frasso got the start on the mound for the Drillers and worked a 1-2-3 first inning, but he would not escape a five-run second. A walk and a hit batter opened the inning, setting up a run-scoring single from Brooks Lee and a three-run homer from DaShawn Keirsey Jr.

With two outs and a runner at second base, Frasso was replaced by Jeff Belge, who was making his Drillers and Double-A debut. Belge gave up a walk and an RBI single before ending the inning.

The strangest play of the night occurred in the bottom of the third inning. With one out, Lee hit a pop up just a few feet in front of home plate. Tulsa third baseman Kody Hoese was tasked with catching the pop, but the ball bounced off his glove as he slid into foul territory on the attempt. The ball was ruled fair by home plate umpire Chris Presley-Murphy as Lee raced to second on what was ruled a double. Two pitches later, Presley-Murphy ejected Drillers coach Chris Gutierrez for arguing the call. To make matters worse, Anthony Prato singled off Gus Varland to plate Lee with Wichita’s sixth run of the night.