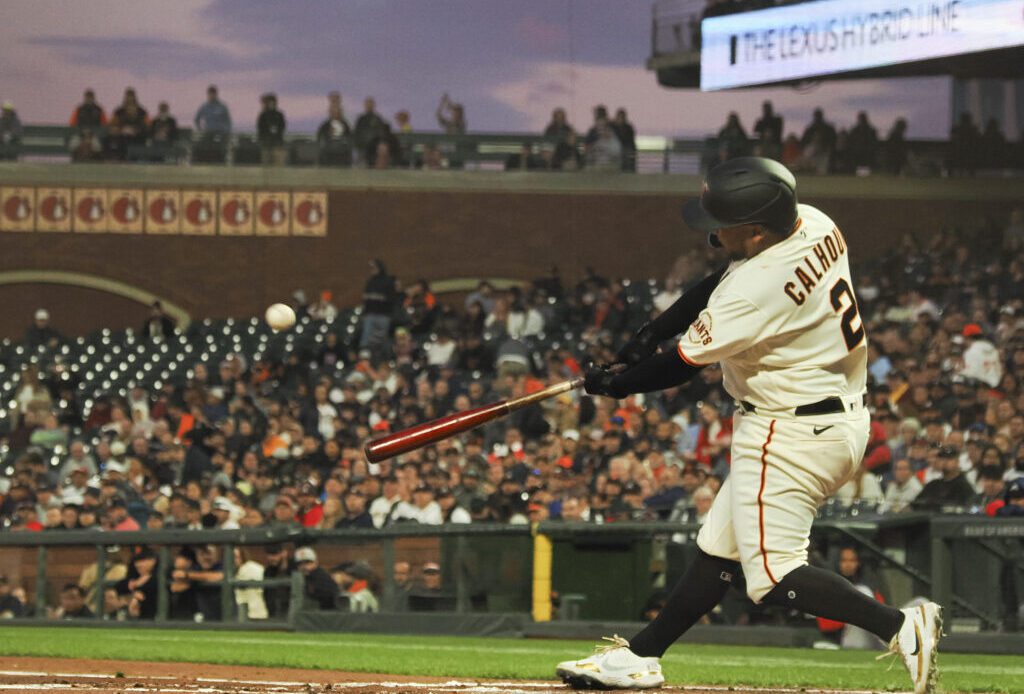 The Giants have outrighted outfielder Willie Calhoun to Triple-A Sacramento, according to his transactions tracker at MLB.com. Calhoun was designated for assignment on Sunday.

Calhoun, 27, was once a highly-touted prospect of the Dodgers, cracking Baseball America’s top 100 in 2017. It was that year that the Dodgers traded him to the Rangers as the headliner of the deal that brought Yu Darvish to Los Angeles. However, a combination of injuries, underperformance and optional assignments have prevented Calhoun from establishing himself at the major league level. He’s only played more than half of an MLB season once, just barely reaching that threshold by getting into 83 games in 2019.

Earlier this year, he was optioned to the minors by the Rangers and publicly expressed a desire to be traded. Just over a month later, he was designated for assignment but cleared waivers and was outrighted. Since Calhoun has over three years of MLB service time, he could have rejected the outright assignment and elected free agency. However, since he has less than five years of service time, he would have had to forfeit the remainder of his $1.3MM salary. A couple weeks later, he finally departed the Rangers organization via a trade to the Giants.

The change of scenery seemingly served Calhoun well, as he hit .299/.386/.465 for Sacramento, registering a wRC+ of 115 in 41 games. That was enough to get him selected to the big league club last week, though he was designated for assignment after just nine plate appearances across four games.

It’s unclear whether Calhoun has accepted this outright assignment or elected free agency, though Calhoun should be able to return to the open market at season’s end regardless. All players with more than three years of MLB service time that have been outrighted off of their club’s 40-man roster can elect free agency at season’s end, meaning Calhoun can head to the open market shortly unless he accepts the assignment and is re-added to the roster in short order.