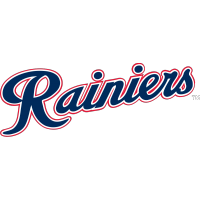 Tacoma, WA – The Tacoma Rainiers (68-74) dropped an 11-inning defensive struggle to the Round Rock Express (76-66) on Tuesday night, to open the final six-game homestand of the 2022 season at Cheney Stadium. The visiting Texas Rangers affiliate eked out a 3-2 victory.

Round Rock took a 2-0 lead in the fifth inning, beginning with a one out J.P. Martinez solo homer. Ryan Dorow reached on an error a batter later, and scored on an Elier Hernandez double off the wall in center.

Tacoma settled for one in the seventh, after loading the bases with nobody out. Brian O’Keefe (single), Erick Mejia (walk) and Jonathan Villar (single) reached, with O’Keefe scoring on a wild pitch.

Rainiers RHP Darren McCaughan turned in a quality start with seven complete innings. Just one of the two runs against him were earned. 62 of McCaughan’s 78 pitches were strikes.

Still trailing 2-1 in the ninth, Villar smoked his sixth homer with Tacoma to right-center, tying the score with one out. Villar reached base four times, adding two walks and a single, while also extending a hit streak to 10 games.

Each club held serve with a scoreless 10th. In the 11th, Hernandez stroked his second RBI double of the night into the left field corner, easily scoring the Express auto runner. The Rainiers were not able to scratch out a run in the home 11th, stranding runners at the corners to end it.

Eight games remain in the 2022 Tacoma Rainiers season, beginning with game two of this weeklong series at 6:05 PT on Wednesday at Cheney Stadium. RHP Konner Wade is Tacoma’s scheduled starter, LHP Kolby Allard for Round Rock.

Rainiers broadcaster Mike Curto will have full coverage on TacomaRainiers.com. All 2022 Rainiers games, home and away, can also be heard for free on the MiLB First Pitch app. HD video broadcasts of every game can be viewed with a MiLB.TV subscription.