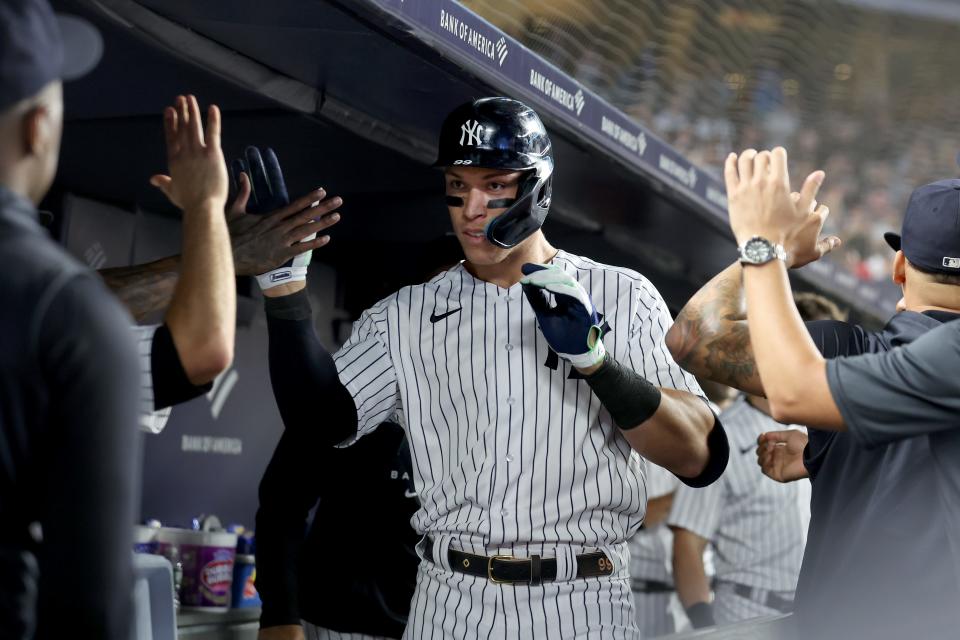 Aaron Judge is about to hit an American League-record 62 home runs. And that might not be the most impressive part of his season.

Judge’s run past Ruth, his march beyond Maris took on an even greater mythical quality Tuesday night when he clubbed his 60th home run that not only chipped away at a four-run deficit, but also sparked a five-run rally that produced a 9-8 Yankees win on Giancarlo Stanton’s grand slam.

The delirious ninth inning against a dazed Pirates club only added to the mythical element of Judge’s run to Ruth, his march past Maris. And it’s only a matter of days – hours? – until Judge hits home run No. 62 to pass Roger Maris atop the Yankees’ and American League’s all-time list.

Yet Tuesday’s sequence only amplified why he’s now a slam-dunk AL MVP candidate – and also illustrated why Judge’s season, in total, will go down as one of the greatest of all time.

It’s not just getting one pitch to hit and depositing it over the fence. Nor the tangible and intangible lift he’s provided a Yankees club initially sparked by Judge’s hot start and then kept afloat by him after every other part of the machine broke down.

No, it is the singularly brilliant exhibition of all-around hitting that sets Judge apart from any season, ever, and one that is slated to end with a stunning, unprecedented double:

Leading your league in home runs, batting average and runs batted in remains arguably the most singularly fantastic individual feat in the game. Nobody’s done it in the National League since Joe “Ducky” Medwick pulled it off for the St. Louis Cardinals in 1937. It hadn’t been done for 45 years in the AL when Miguel Cabrera’s .330, 44-homer, 139-RBI season won him the AL MVP in 2012, the first Triple Crown winner since Frank Robinson and Carl Yastrzemski did it back to back in 1966-67.

Yet Cabrera’s feat also kicked up – kicked off, in a sense – an at times contentious debate over modern vs. traditional statistics and how they might relate to “value” and, by extension, MVP awards. Cabrera’s win, after all, came at the expense of rookie Mike Trout, who’d go on to win three MVPs of his own but whose superior defense and on-base ability gave him an advanced-metrics…