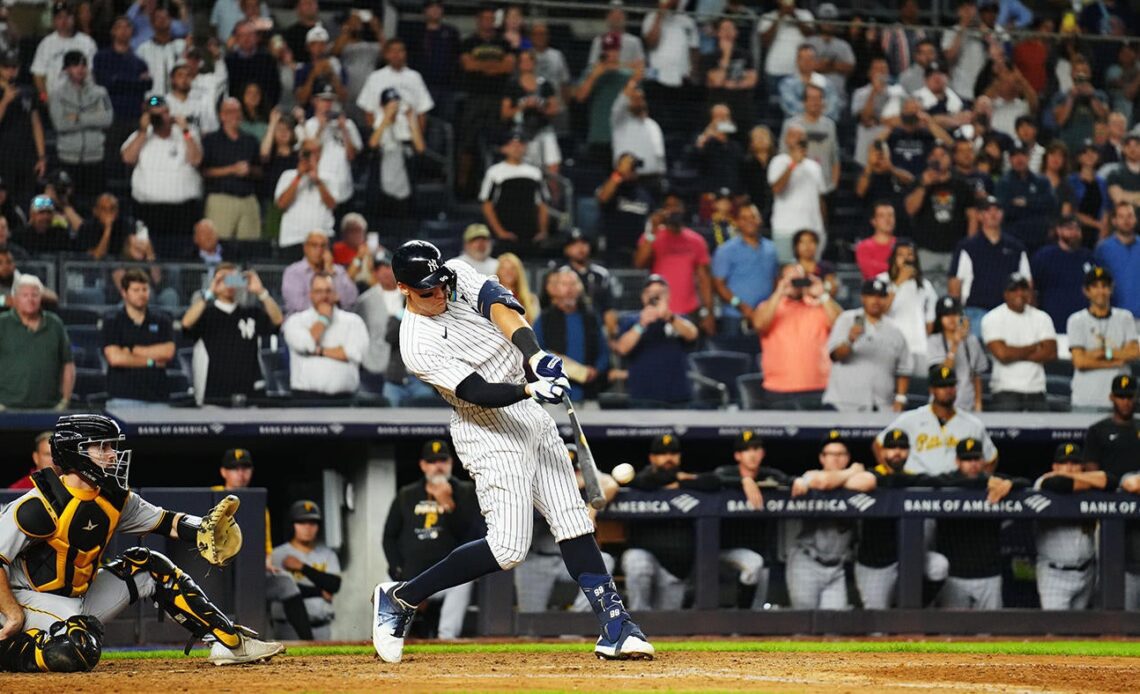 Let’s get right to it.

We had planned to debut an Aaron Judge Watch section in the newsletter today, and the first edition wasn’t looking promising. Entering the ninth inning, he was 0 for 3 with a walk, and the Yankees trailed the lowly Pirates 8-4. Then came history. Then came victory.

Four batters later, Stanton launched his third career walk-off grand slam, which is tied for most in MLB history. While Judge’s home run chase is the biggest storyline, Stanton’s slam was huge: The Yankees’ AL East lead over the Blue Jays would have shrunk to just 4.5 games with a loss.

A few more notes on Judge…

… AND ALSO A GOOD MORNING TO NATHAN MACKINNON

One of the NHL‘s brightest stars now has the NHL’s biggest contract. Fresh off leading the Avalanche to a Stanley Cup title, Nathan MacKinnon has signed an eight-year, $100.8-million contract to stay in Colorado.