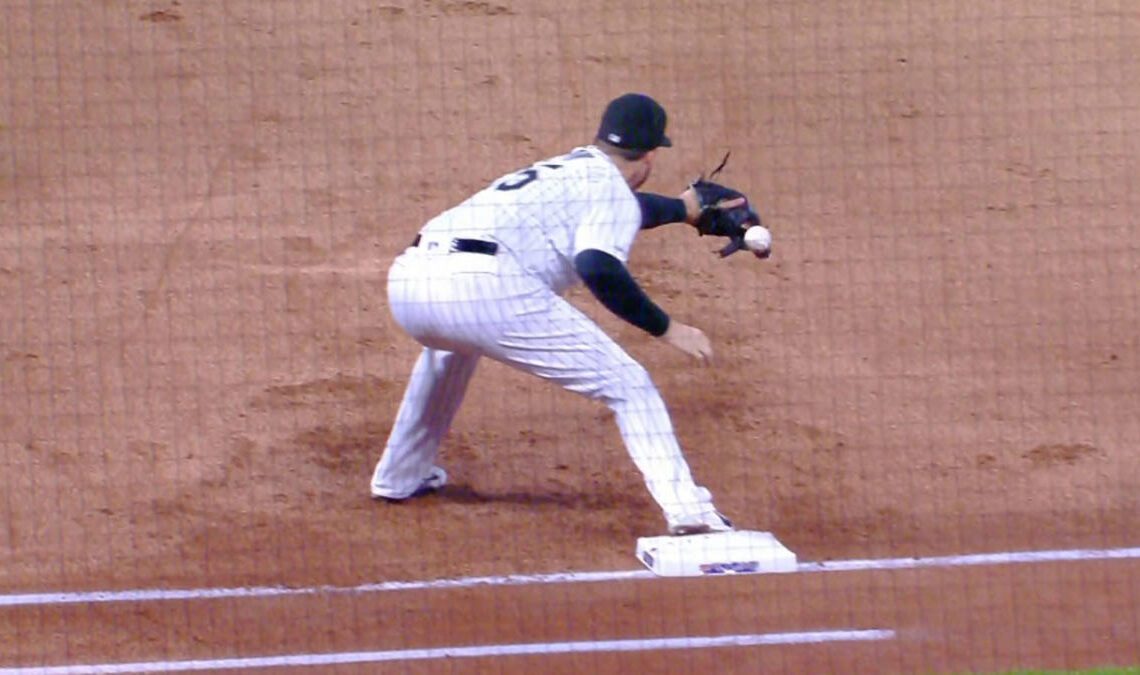 The Giants will take any and all runs, regardless of how they come.

In the first inning of Wednesday’s game against the Colorado Rockies at Coors Field, Giants designated hitter David Villar grounded a ball to Rockies second baseman Garrett Hampson, who flipped the ball to shortstop Alan Trejo in an attempt to turn a double play. After recording the force out at second, Trejo’s throw to first base bizarrely went through C.J. Cron’s glove, which allowed LaMonte Wade Jr. to score from third base after he had doubled to lead off the game two batters prior.

The Giants were gifted a run on the odd play, which they very much appreciated.

Believe it or not, it wasn’t the first time the Giants benefited from a Rockies glove malfunction this season. In the Giants’ 9-8 win over Colorado at Coors Field on Aug. 21, Rockies third baseman Ryan McMahon had an infield ground ball go through his glove.

Coors Field is known as a favorable hitter’s park, but this is just getting out of hand.

RELATED: How Posey’s ownership role could be used in big Giants offseason

Whatever voodoo magic the Giants have placed on Rockies infielders is working and should be investigated at once.

For legal reasons that is a joke.