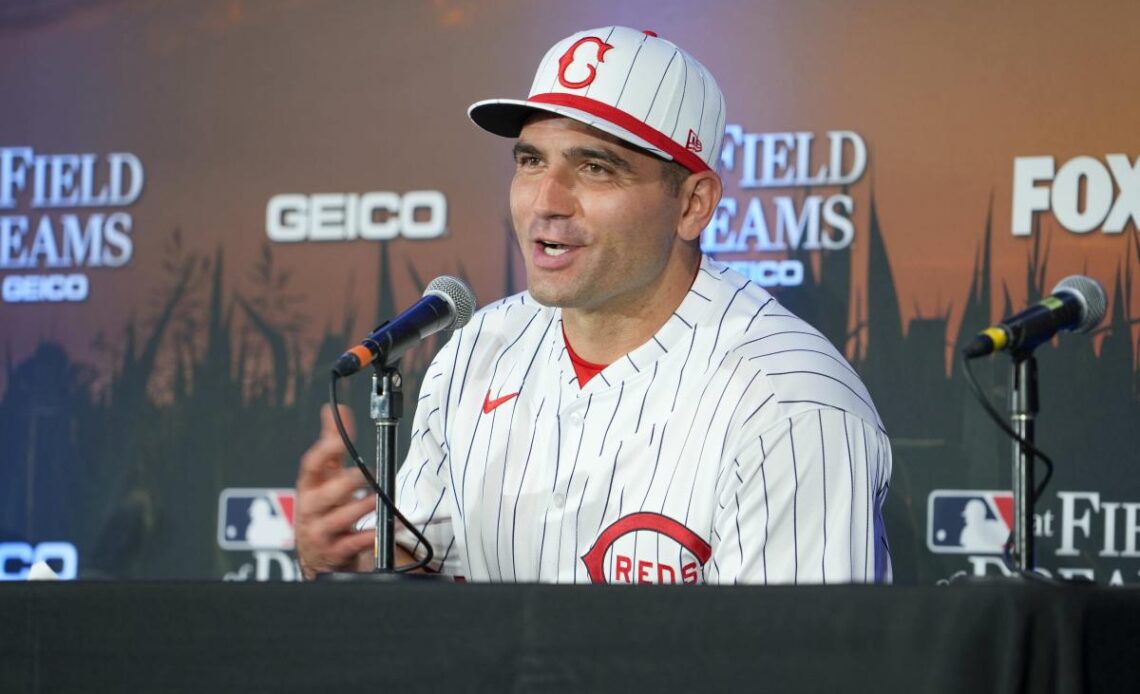 On Wednesday night at Great American Ball Park, Votto made his way through the crowd wearing a Larkin jersey during the first few innings to visit with fans and pose for photos. He was heard during the broadcast telling fans “thank you” a lot.

“The dad bod making its way around the ballpark,” Sadak joked. “Couldn’t you almost see Joey Votto being the Great American Ball Park ‘Willy Wonka?’ You get some kind of a golden ticket and Joey’s giving you a tour of the stadium? We could get him a top hat, tails, a walking stick of some kind. Some kid asks for the autograph. ‘You’ve done it! You’ve done it! You’ve won!'”

During the bottom of the third inning, Votto joined Sadak and Larkin in the booth.

“I just have one question, Joey. Are you covering up the dad bod with the Larkin jersey?” Larkin joked. “Is there something to that? That’s all I want to know.”

“Most people weren’t happy to see me,” Votto said. “They were just complimenting the jersey. They were just so excited to see me in a Larkin jersey. Covering up the dad bod? Absolutely, yes.

“I’ve never walked the stands. And I’ve always wanted to see what a Reds game is like live. I’ve always wanted to connect with the fans. And I was able to take a tour of the stadium. And it is, first of all, beautiful. And the fans seem happy to see me. And they were surprised. But the common theme was the compliments with the jersey. I borrowed this jersey from Tyler Stephenson. Not long ago, you signed it for him. And I don’t know – I felt a real pep in my step wearing this jersey. And took a little tour like I said of the stadium. It was such a great experience. So many great places to sit here. It’s a beautiful night. I don’t know – I don’t know why I did it. But I started it just hoping to say hello. And then I ended up going around the entire stadium – full experience.”