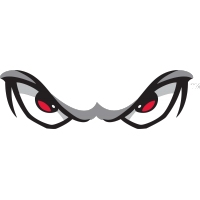 In all three post-season performances this year the Lake Elsinore Storm combined for at least 9 runs and 12 base hits. Their offense was peaking at the ideal moment and their bats were as hot as a Lake Elsinore July. So, one win away from grabbing their 4th championship in team history, how else could this team win but with an elite pitching performance from two of their best pitchers on the roster?

In a 3-2 victory at Chukchansi Park in Fresno, Victor Lizarraga and Duncan Snider covered 9 complete innings while striking out 7 batters and allowing only 5 hits against the best offense in the entire California League. Lizarraga, the 7th ranked prospect in the San Diego Padres organization, would finish his first post-season of his career by covering 12 innings, striking out 13 batters and allowing just 4 earned runs across 2 games of work. Meanwhile, Snider, a free agent signing by the San Diego Padres this year, would be assigned with holding a 1-run lead with 2.2 innings remaining.

He would not only successfully complete tonight’s game but he would pitch 7.1 innings of playoff baseball while only giving up one earned run and striking out 10 batters.

Although the score was meager, the tension was anything but. After the first two batters (Jakob Marsee and Jackson Merrill) of the game reached base, the next three batters would leave them stranded in place. The Padres top prospect, Jackson Merrill, would go 11-17 in the post-season while hitting 4 doubles and driving home 7 runs.

In the 2nd inning, the first two batters would once again reach base after a Juan Zabala walk and Albert Fabian double. This time, the Storm would not allow for their efforts to go unrewarded. Tyler Robertson would bring Zabala home on a soft sacrifice fly to right field and Jakob Marsee would hit a line drive into right to bring hom Fabian.

After seeing the minimum through 2 innings of work, Lizarraga would load the bases on a single, walk, and a hit batter with one out. He would extinguish the flame before allowing it to spread but forcing Benny Montgomery into a double play. Only 21 combined batters would enter the batter’s box over the next three innings for either Championship team.

In the 7th, Marsee would once again bring home Fabian, a late-season returner following Samuel Zavala’s injury in game one of the playoffs. This would elevate the Storm’s lead to three runs and what crucial insurance…