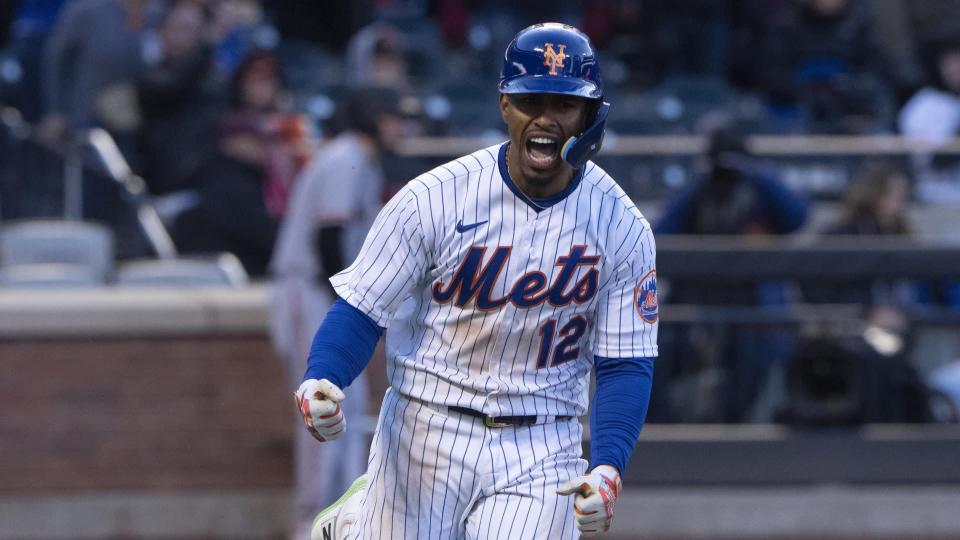 MILWAUKEE – Francisco Lindor hit a two-out grand slam in the seventh inning to put New York ahead for good as the Mets rallied from a four-run deficit to beat the Milwaukee Brewers 7-5 on Tuesday.

Pete Alonso hit his second three-run homer in as many nights as the Mets maintained their one-game lead in the NL East over Atlanta and dealt a devastating blow to the Brewers’ wild-card hopes. The Mets won with just four hits, a night after they clinched their first playoff appearance since 2016 with a 7-2 triumph at Milwaukee.

The Brewers remained 2 1/2 games behind the Philadelphia Phillies in the race for the NL’s last wild-card spot. Milwaukee’s loss clinched a playoff spot for Atlanta.

Willy Adames went 4 for 5 with two RBIs and a pair of doubles for the Brewers.

Milwaukee had retired 14 straight batters and led 4-0 with one out in the sixth when the Mets began their charge.

Brad Boxberger entered at that point and hit Mark Canha with a pitch before allowing a single to Lindor. Alonso then hit a 425-foot drive off a 1-1 slider that easily cleared the center-field wall and extended his NL-leading RBI total to 121.

Boxberger regrouped to get out of the sixth and then retired the leadoff man in the seventh before giving way to Taylor Rogers, who walked the bases loaded before striking out Canha.

That brought up Lindor, who sent a first-pitch sinker over the left-field wall to put the Mets ahead 7-4.

The Brewers brought the tying run to the plate in the seventh, but pinch-hitter Jace Peterson struck out swinging on a 3-2 pitch from Trevor May.

Adames’ two-out RBI single enabled the Brewers to again bring the tying run to the plate in the eighth, but Edwin Diaz came in and struck out Rowdy Tellez.

Diaz closed in the ninth for his 31st save. Joely Rodriguez (2-4) earned the win with one inning of shutout relief.