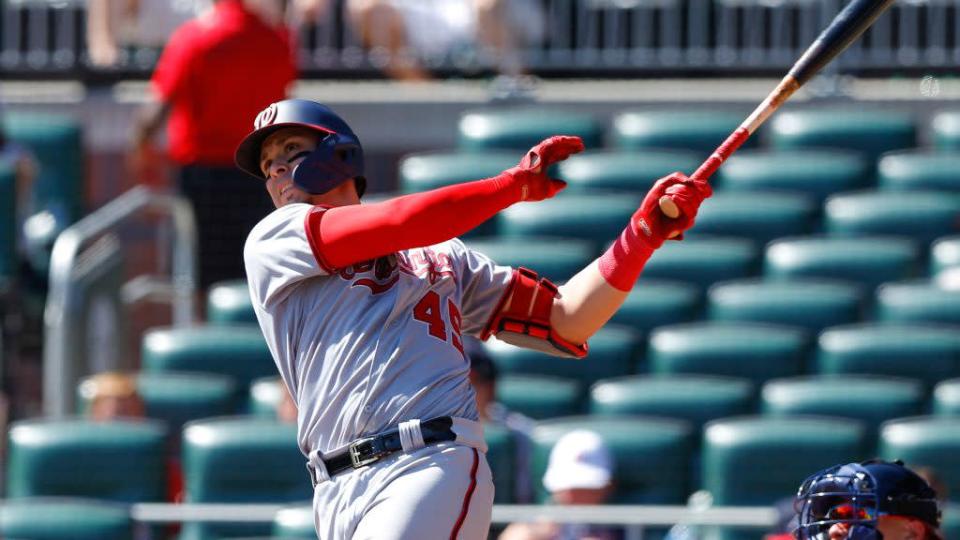 A fifth straight postseason awaits the defending World Series champions, and the Atlanta manager knows the team can’t afford to make mistakes on the basepaths.

Joey Meneses hit a go-ahead, two-run homer off Jesse Chavez in the seventh inning, and the Washington Nationals stopped the Braves’ five-game winning streak with a 3-2 victory on Wednesday as Atlanta cost itself with poor baserunning.

Ronald Acuna Jr. drove in an early run and scored another for Atlanta, which clinched a postseason appearance a night earlier.

Atlanta trailed by a run in the eighth when Michael Harris II hit a one-out single to right with Austin Riley on second and William Contreras on first. Third base coach Ron Washington held up Riley, who had rounded third, but Contreras was nearly at third and was thrown out returning to second by catcher Tres Barrera, who had received the throw from right fielder Lane Thomas.

“Wash was giving me a go the whole time and then at the last second put up the stop sign, and I think at that point Contreras was already there,” Riley said. “It’s tough. It happens.”

Snitker said the Braves held a meeting about baserunning on Tuesday to go over the intricacies of staying alert.

“It’s just when your playing close games, those are the things you can control,” Snitker said. “There’s so many things in this game you can’t control, but we can control our baserunning. It’s the awareness more than anything. We talk about it a lot. We show them different videos and different angles.

“Most of them are visual learners. We do that quite a bit.”