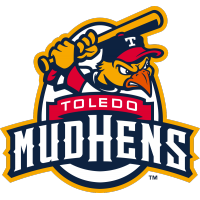 TOLEDO – The Toledo Mud Hens won two games over the Columbus Clippers on Wednesday. The first game was the resumption of the suspended game from Tuesday night, which was a 5-4 final score after 13 innings in favor of Toledo. The Mud Hens would score five unanswered runs to take Wednesday’s original game by a score of 5-3.

Tuesday Game – The suspended/resumed game from Tuesday night was the record-breaking win to send the 2022 Toledo Mud Hens into the franchise history books at 11 consecutive wins.

Ali Sanchez smacked the walk-off RBI single to send the Mud Hens into the history books in the 13th inning. Zack Short led the way offensively with three hits and one RBI. John Valente and Andre Lipcius each smacked two hits. Valente had two doubles and Lipcius had one. Kody Clemens tallied one hit, being a double, and two RBI in his return to Toledo. Jamie Westbrook notched a hit and an RBI. Brendon Davis rounded out the offense, picking up a base hit.

Wednesday Game – The Mud Hens extended their franchise record win-streak to 12 following the 5-3 win in the originally scheduled game on Wednesday.

Jamie Westbrook led the way with two doubles and two RBI, including the game-tying two-run double in the bottom of the 5th inning. Josh Lester picked up two hits, including his 27th home run and his 90th RBI. Andre Lipcius picked up two hits and an RBI. Daz Cameron clubbed his 10th home run of the season as part of back-to-back home runs…