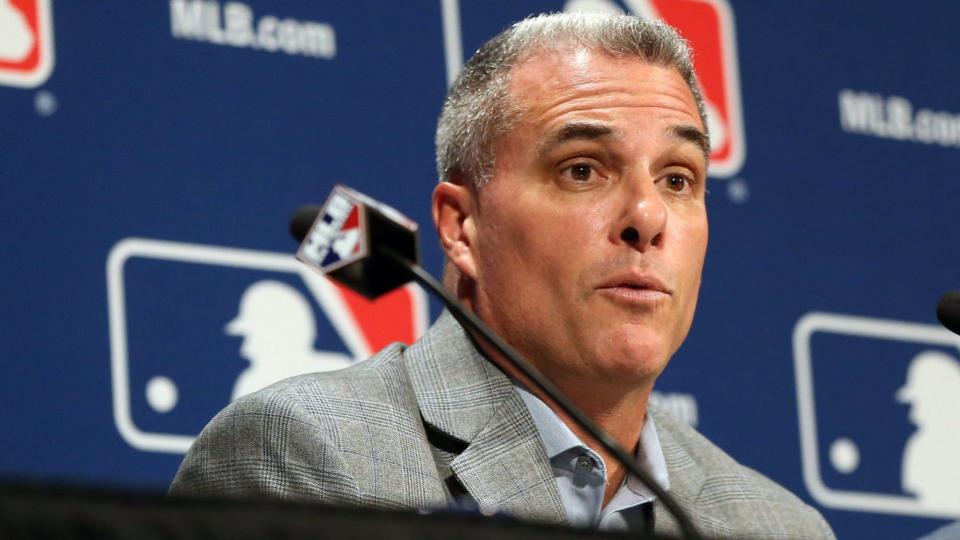 KANSAS CITY, Mo. – The Kansas City Royals fired longtime executive Dayton Moore on Wednesday, ending the roller-coaster tenure of an influential general manager and president who took the club from perennial 100-game loser to two World Series and the 2015 championship before its quick return to mediocrity.

Royals owner John Sherman, who retained Moore after acquiring the club from David Glass in 2019, announced the move during a news conference at which Moore spoke briefly before quietly slipping out of the room.

“I think the objective is clear: It’s to compete again for championships, and we have to make sure we’re progressing toward that goal,” said Sherman, whose club was 30 games below .500 heading into its game against Minnesota.

“In 2022 we regressed,” Sherman said, “and that happens. It happens to great teams. But as I started talking to Dayton and others, I felt like we needed more change than was talked about, and that was a big reason to make this one.”

Sherman tried a mild shakeup to the front office last offseason, elevating Moore from general manager to president of baseball operations while giving J.J. Picollo the GM title. But the awkward splitting of jobs never worked out, and Sherman decided to move forward with Picollo handling all aspects of baseball operations.

Picollo was the first person Moore hired when he took over the Royals in 2006.

“I’ve known J.J. since he was 21 years old,” Moore said during his brief remarks. “He’s an incredible leader, and as I’ve mentioned before, he’s more than prepared to lead the baseball operations department in a very innovative and productive way. I’m proud that he’s continued to get this opportunity.”

Sherman said he expects other changes to be discussed down the stretch and into the offseason, including whether to keep manager Mike Matheny and his coaching staff. But it will be up to Picollo to make those decisions.

“J.J. has been great to work with,” Matheny said. “Had him on the road, had a lot of meetings here recently as the season has been winding down. He has a great perspective on the system and what needs to be done.”

Moore was hired in 2006 and tasked with rebuilding an organization that had not reached the playoffs in more than two decades. He quickly followed the blueprint that he learned from longtime Braves executive John Schuerholz, investing in Latin America and the minor league system before spending on proven major league…