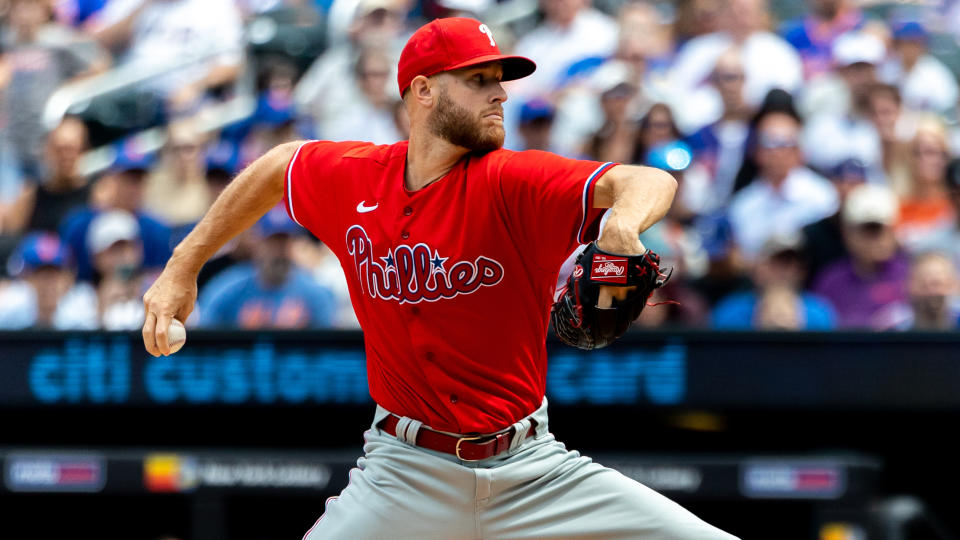 The Philadelphia Phillies went from being in pretty good shape in the NL wild-card race to some unwanted intrigue over the final two weeks of the season.

The Phillies were swept by the Atlanta Braves over the weekend, which led to the San Diego Padres jumping over them for the second of three wild-card spots. The Phillies suddenly didn’t have a big lead on the Milwaukee Brewers for the last spot.

The Phillies have been shorthanded, and maybe the return of Zack Wheeler is what they need to keep that playoff spot. Wheeler had missed time with inflammation in his right elbow and forearm, but he will come off the injured list Wednesday to start against the Toronto Blue Jays. The Phillies are a -115 favorite at BetMGM.

It’s not an easy first assignment off the injured list. The Blue Jays have been pretty good since a slow start to the season and are comfortably in a wild-card spot. They have a lot of dangerous hitters, and scored 18 runs on Tuesday night.

Wheeler was having another good season before the elbow and forearm issue, posting a 3.07 ERA and 148 strikeouts in 138 innings. He has been a very good starter for the Phillies in all three of his seasons with the team. Getting him back is huge news for Philadelphia.

The Phillies will need to win games down the stretch to hold onto their playoff spot. At least they’re getting healthier.

Here’s a first look at the sports betting slate for Wednesday:

There’s no midweek MACtion yet and major basketball and hockey hasn’t started, so we’re left with MLB. The disappointing thing about MLB is that there are very few playoff spots yet to be decided.

The post-deadline betting landscape has included a lot of big favorites who don’t often lose to far lesser teams who traded off key players. It’s hard to find good underdogs to trust.

The biggest story in MLB is Aaron Judge, who hit his 60th home run on Tuesday, and then teammate Giancarlo Stanton hit a walk-off grand slam later in the ninth inning. Judge and the Yankees are a -275 favorite over the Pittsburgh Pirates on Wednesday.

The best game on Wednesday is probably the Houston Astros at Tampa Bay Rays. That could be a playoff matchup, too, with the Astros already in as AL West champs and the Rays comfortably in a wild-card spot. Even though there aren’t heavy playoff implications, it’s a game between two…