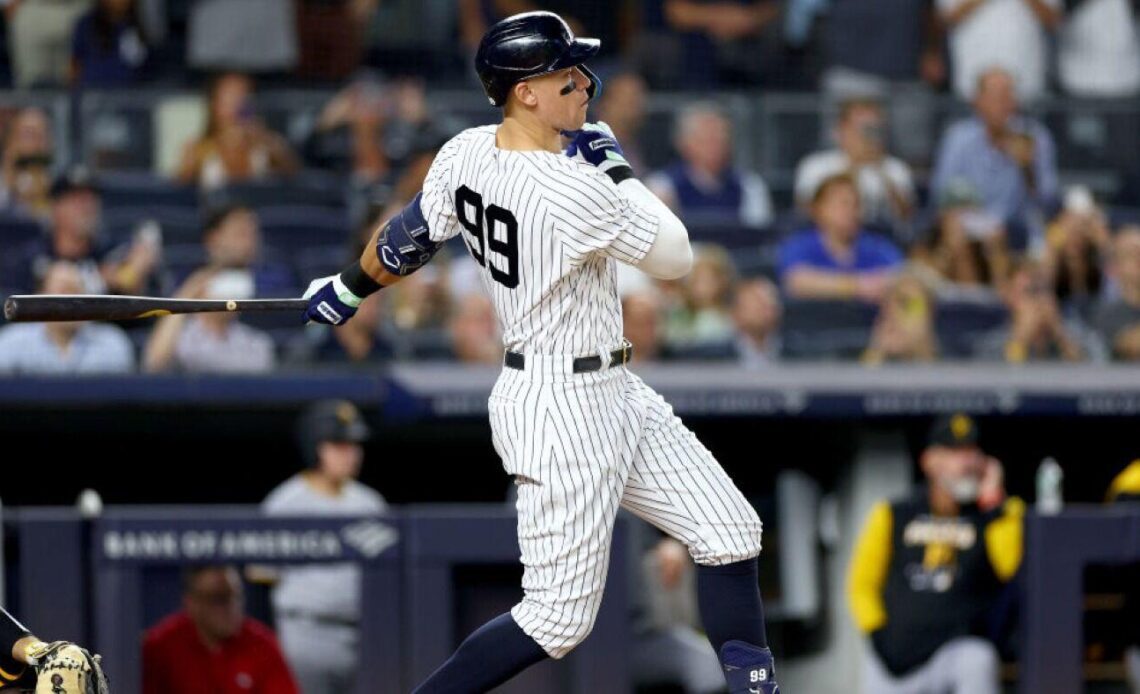 Aaron Judge has joined MLB home run royalty. The Yankees star clubbed his 60th home run of the season on Tuesday night, joining an exclusive list of sluggers and putting him one homer away from tying Roger Maris for the American League single-season record. Judge’s 60th home run tied him with Babe Ruth for the eighth most in a single season in MLB history.

Back in spring training Judge rejected a very reasonable seven-year contract extension worth $213.5 million. It was a bold decision, no doubt about it, and Judge has responded this season by doing what seemed impossible: he’s made himself more money. Some players would crack under that pressure. Judge hasn’t. He’s thrived.

In addition to home runs Judge also leads the league in walks, runs scored, RBI, total bases, on-base percentage, slugging percentage, OPS, OPS+, and both the FanGraphs and Baseball Reference versions of WAR. The race for the home run title isn’t much of a race at all.

Here is the MLB home run leaderboard as of Sept. 22:

“It’s always nice to see dad brought back in the public eye a little bit for his accolades in baseball. He accomplished a lot in the game. We couldn’t be more proud in what he accomplished. Sixty-one is a unique number,” Kevin Maris, one of Roger’s sons, told MLB.com in August. “… But (we) would be excited for (Judge if) he is able to achieve (the) monumental task. It’s something that is a unique record, one of the best in sports. Hitting a baseball is not easy. To accomplish that, you have done it over a season, not just one game or one at-bat.”

Before we go any further, I should note only eight times in MLB history has a player hit 60 home runs in a season, and six of the eight came during the so-called Steroid Era. What we’re talking about Judge possibly doing doesn’t happen often. Here are the eight 60-homer seasons in…