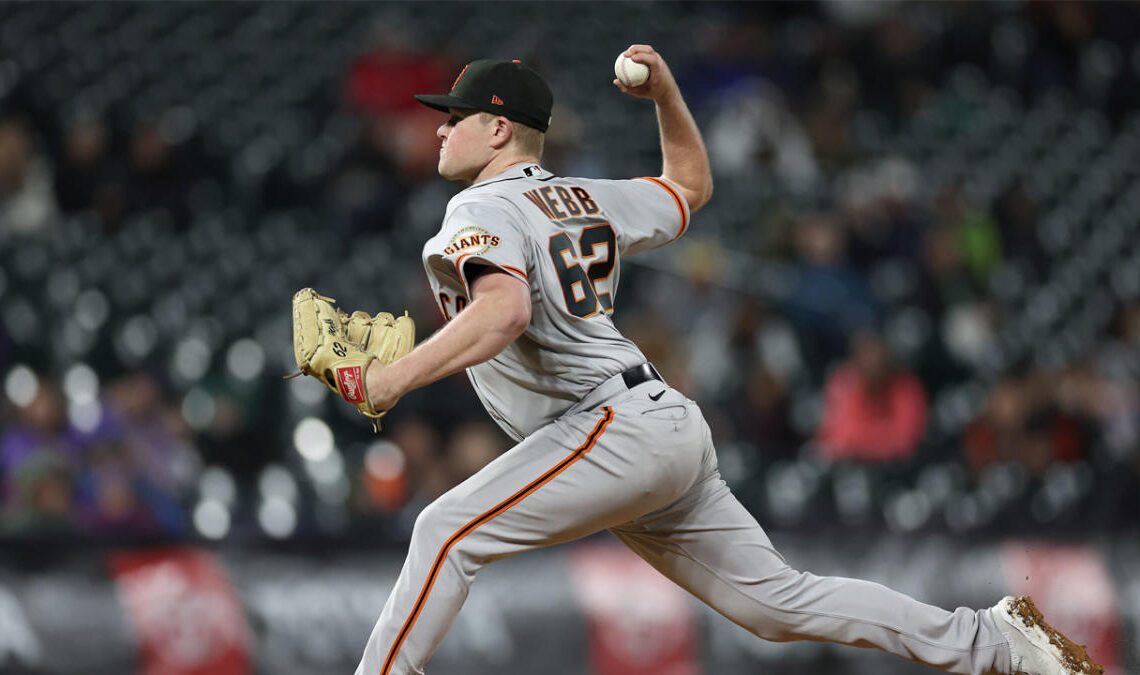 SAN FRANCISCO — Gabe Kapler is far from the first manager who has had to make a tough decision with a young pitcher flirting with a no-hitter while on a pitch count. He might be the first to have to do it at Coors Field, though.

The Giants didn’t plan to let Logan Webb go past five innings on Wednesday, but Webb — and his sinker and slider and changeup — had other plans. He took a no-hitter through 16 outs in the game’s best environment for hitters, but the first hit also meant the end of his night.

Webb was pulled after just 66 pitches in a game the Giants went on to win 6-1, but Kapler said after the game that even that much length made him a bit squeamish.

“I definitely was going to let him get through that (sixth) inning and then reevaluate how many pitches he had and what the likelihood was that he would get through the entire game,” Kapler told reporters in Denver when asked about a hypothetical no-hitter. “Even that would have made some of us very uncomfortable.”

Long before Webb took the mound Wednesday, the staff had pledged to watch his workload over the final two weeks of the season. Webb already is more than 20 innings past his previous career high, set last year during a breakout season that ended with two playoff starts.

Kapler said that the staff had “a lot of discussions before the game” about how to handle Webb, and the determination was that he would go five innings if he could.

But baseball often has other plans.

“I knew going into it that it would be five innings or maybe a pitch limit,” Webb said. “I was joking with my dad about it and also with (Tyler Rogers) before the game, like, ‘What if you’re through five with 50 pitches and you have a no-hitter.’ I was like, ‘It’s Coors Field, I’m going to give up a hit at some point.'”

It didn’t come until the sixth, when Sean Bouchard lined a single up the middle with one out. That was the final pitch for Webb, who had said after his previous start that he hoped to reach 200 innings this year.

With two starts remaining, and the Giants limiting his workload, that milestone will have to wait, but the Giants are planning on him getting there in future years, hopefully as soon as next season. That was part of the calculus Wednesday night.