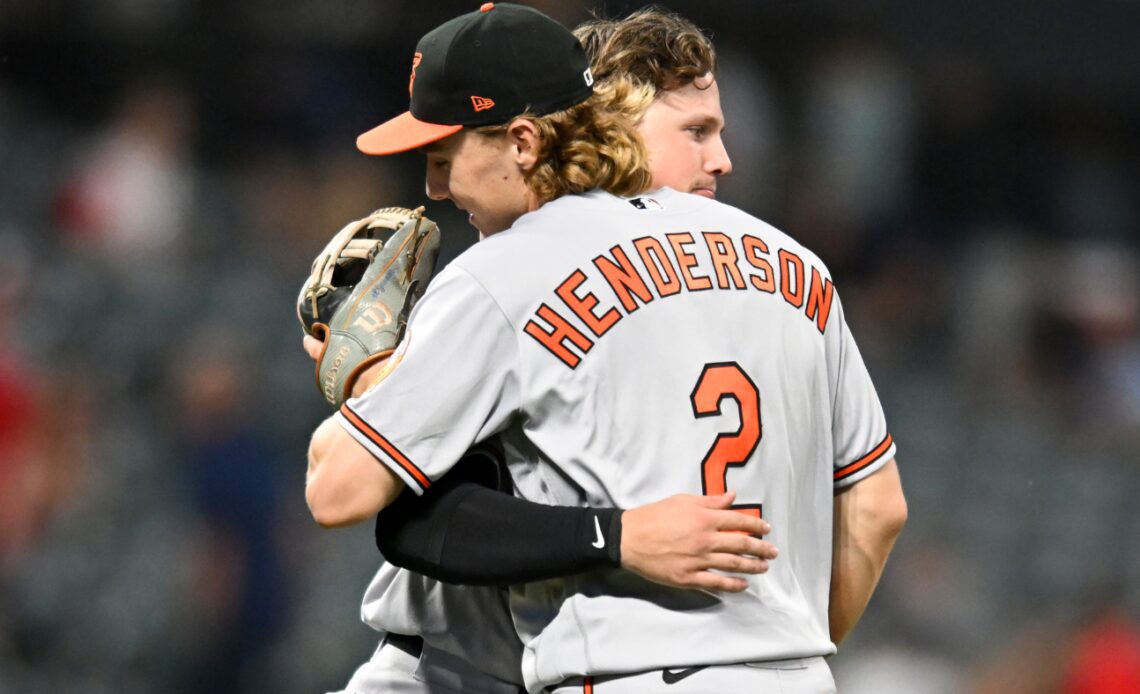 Believe it or not, we’ve reached the final MLB Prospect Watch of the year. By this time next week, every level of the minors will have completed the regular season. As is tradition, we’re devoting this space to our version of end-of-year awards.

Below, we’ve highlighted players and teams in six different categories of our creation. It should go without stating that there are more individuals worthy of recognition than this format allows us to highlight. The minor leagues are a big apparatus, after all. Just keep that in mind in case your favorite prospect isn’t mentioned.

Carroll has had an eventful career for someone with just over 160 professional appearances since being selected 16th in the 2019 draft. He missed most of last season because of a shoulder injury, and he was robbed of a normal development cycle the year prior by the COVID-19 pandemic. Carroll looked no worse for any of it this season, as he hit .307/.425/.611 with 24 home runs and 31 stolen bases in 93 games split across three levels before getting called up to the majors. (Most of those came in Double- or Triple-A.) Don’t let Carroll’s diminutive (5-foot-10) frame fool you: he’s a well-rounded player who can hit and run and play a mean center field. He was a strong candidate for the No. 1 prospect slot in the minors prior to his recent promotion to the majors, and the combination of his output, his star upside, and his background makes him our choice here.

Things didn’t go the Giants’ way at the big-league level, as they fell short in their attempt at repeating in the NL West, but at least they continued to employ Harrison. He made 25 starts between High- and Double-A, amassing a 2.71 ERA and striking out a ridiculous 14.8 batters per nine. Harrison has a sturdy three-pitch mix, including a fastball that can touch into the upper-90s. His pitch quality is aided by a lower arm slot that creates a flatter plane and an optical illusion that hitters can’t seem to solve. The one thing holding Harrison back is his location. He walked four batters per nine this season — and that was progress after he walked nearly five last year.

There are many ways to define this category. We like to keep it simple: the purpose of a minor-league system is to improve the big-league roster. That can mean through promotions; it can mean…