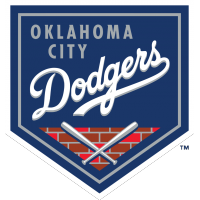 Today’s Game: The Oklahoma City Dodgers and El Paso Chihuahuas continue their pivotal series at 7:35 p.m. CT at Southwest University Park. With seven games remaining in the season, including four more head-to-head meetings between the teams, the first-place Chihuahuas have a 1.0-game lead ahead of the second-place Dodgers in the PCL East Division standings. The current series between the teams could determine the division champion and is tied, 1-1.

Last Game: The El Paso Chihuahuas scored eight runs between the fourth and fifth innings to come back and beat the OKC Dodgers, 9-8, Wednesday afternoon at Southwest University Park, regaining sole possession of first place in the PCL’s East Division. The Chihuahuas took a 1-0 lead in the first inning with a solo homer by Brandon Dixon. The Dodgers ripped off six runs in the third inning before recording an out. Drew Avans tied the game with a RBI single, and Kevin Pillar gave the Dodgers a 3-1 lead with a two-run single. Edwin Ríos stepped up next and hammered a three-run homer off the scoreboard in right-center field to make it 6-1. The Dodgers added a run in the fourth inning with a RBI groundout by Ryan Noda before things turned south. The Chihuahuas scored four runs in the bottom of the fourth inning, including a three-run homer by Matthew Batten. Four more runs scored in the fifth inning as El Paso collected four extra-base hits during the rally to go-ahead, 9-7. Avans provided his second RBI single of the day in the sixth inning to cut the lead to one run. Even though the OKC pitching staff kept the team within one run for the remainder of the game, the Dodgers could not advance the potential tying run any closer than second base.

Today’s Probable Pitcher: Jon Duplantier (5-3) makes his 13th start and sixth appearance of the season against the Chihuahuas…Duplantier last pitched and started Sept. 16 in Albuquerque, tossing a season-high 6.0 innings. He allowed four runs – his highest total since Aug. 4 – and seven hits, along with two walks and eight strikeouts to earn the win…