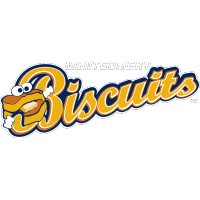 PENSACOLA, Flo. – The Pensacola Blue Wahoos (1-1) mounted a comeback to defeat the Montgomery Biscuits (1-1) 6-5, and even the series Thursday night at Riverwalk Stadium in game two of the 2022 South Division Championship Series. After going up 5-0, the Blue Wahoos recorded six unanswered in the last three innings to stamp a win.

In the top of the first, Pensacola starter A.J. Ladwig had a tough start to begin the game. After walking Biscuits leadoff and third baseman Brett Wisely, outfielder Kameron Misner connected on a deep RBI-triple for the first run to score early. Montgomery first baseman Kyle Manzardo struck a sac fly that grew the lead to 2-0. Ladwig would get back under control and record a strikeout and pop out to retire the side.

In the bottom of the first, Biscuits starter Sean Hunley had a quick and fast start retiring the Blue Wahoos one-two-three in 10 pitches. Moments later in the top of the second the Biscuits continued their streak with another two runs in the inning. With two outs shortstop Alika Williams brought designated hitter Evan Edwards home as he struck a sac fly that grew the lead to 3-0. In the next at-bat, Wisely delivered a ground-rule double for catcher Blake Hunt to score and the lead to stand 4-0 Montgomery.

In the top of the fourth, Pensacola made a pitching change and Patrick Monteverde replaced Perez. Facing his first batter, Biscuits outfielder Jordan Qsar smashed a solo home run to right center to make it 5-0.

The Blue Wahoos saw life in the bottom of the sixth as they scored their of their six unanswered runs. After walking second baseman Demetrius Sims, designated hitter Davis Bradshaw connected on a line drive RBI-double for the first run. In the next at-bat, Thomas Jones delivered a two-run home run to left field to cut the lead to two.

After a mound visit, Hunley proceeded to ground out the next three to retire the side. This would be the last time Hunley saw action as he finished the night allowing just three hits, three runs, three strikeouts, and a home run.

The seventh inning saw things switch gears as the Biscuits were retired quickly one-two-three by Monteverde. Montgomery reliever Josh Roberson started the bottom of the inning on the mound. After striking out outfielder Griffin Conine, third baseman Cobie Fletcher-Vance and first baseman J.D. Osborne were able to get on base with a single and double. With two outs an a 3-1…