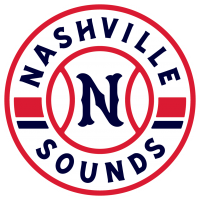 LOUISVILLE – The Nashville Sounds slowly snuck away from the Louisville Bats, tallying a run in four innings on their way to a 5-1 win over the Bats on Thursday night at Louisville Slugger Field. With the win, Nashville’s magic number to clinch the International League West Division is down to one.

Nashville took the lead in the second on Mario Feliciano’s RBI double that scored Jon Singleton. The Sounds tallied another score in the fourth, then make it 3-0 on a Pedro Severino RBI single. Pablo Reyes brough home a fourth run with a single to left in the sixth inning, and Jonathan Davis tallied one more by scoring on a wild pitch in the eighth.

Singleton set a new single-season Sounds record with his 111th walk on the season in the fifth inning. The record was previously held by Otis Nixon, who walked 110 times in the 1981 season. Fittingly, Singleton walked again in his next plate appearance and now sits at 112 free passes in 2022.

The Sounds were setup for success thanks to another quality start on the mound. Robert Gasser turned in 6.0 one-run innings, striking out eight Bats in the process. The southpaw walked five and held Louisville to three hits for his second Triple-A win.

Relievers J.C. Mejia, Lucas Erceg and Trevor Kelley kept Louisville off the board late. Mejia worked a 1-2-3 seventh inning and Erceg followed that up with another quiet eighth. Kelley put away Louisville in the ninth in his 31st outing with Nashville.

Nashville’s magic number to clinch the International League West Division is one.

Jon Singleton (2-for-3, R, 2 BB, K) set a new Sounds single-season franchise record with his 111th walk of the season in the fifth. He also recorded his 26th multi-hit game of the year.