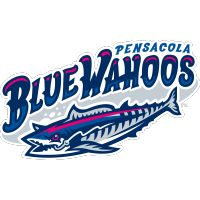 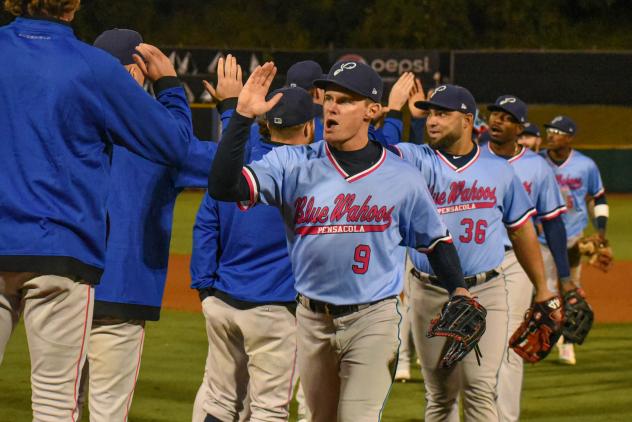 Kodak, TN. – The Pensacola Blue Wahoos forced a winner-take-all Game Three of the Southern League Championship Series on Tuesday night, defeating the Tennessee Smokies by a score of 7-1.

Trailing 1-0 in the sixth inning with two outs, the Blue Wahoos exploded for seven runs against the Tennessee bullpen. The win sets up a decisive game in Tennessee on Wednesday with the Southern League Championship on the line.

Patrick Monteverde (W, 1-0) was sharp for Pensacola, delivering 5.0 solid innings, though he surrendered an RBI double to Yonathan Perlaza in the third to give the Smokies a 1-0 lead.

Tennessee starter Riley Thompson was even better, tossing 5.0 scoreless frames for the Smokies, but was failed by his bullpen. Will Banfield led off the sixth with a double against Dalton Stambaugh, and Cobie Fletcher-Vance tied the game with a two-out RBI single against Michael McAvene (L, 0-1). Things snowballed on McAvene in his Double-A debut, as Davis Bradshaw and Marcus Chiu singled to load the bases before Thomas Jones drew a walk to force in the go-ahead run.

Demetrius Sims followed with a chopper to deep third that was thrown into foul territory, scoring two more runs to extend the lead to 4-1. RBI singles from Banfield and Norel González capped the seven-run outburst, putting the Blue Wahoos ahead for good.

Cody Mincey and Andrew McInvale worked the final four innings in relief of Monteverde to close out the win.

First pitch of Game Three of the Southern League Championship Series from Smokies Stadium on Wednesday is scheduled for 6:15 p.m. CT, with a live broadcast beginning at 6:10 on ESPN Pensacola 1330 AM/99.1 FM and WYCT 98.7-HD4 (radio) and MiLB.tv (streaming). For more information, visit bluewahoos.com or call the box office at (850) 934-8444.