From WCWS to World Series Champ 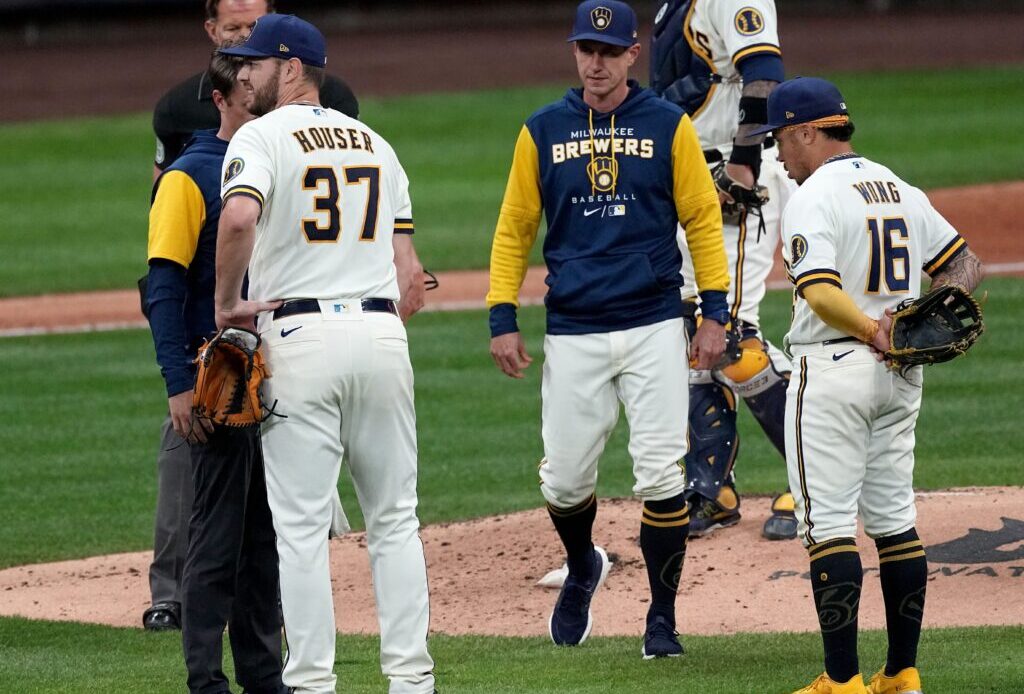 The Brewers are planning to place starter Adrian Houser on the 15-day injured list, manager Craig Counsell informed reporters (including Todd Rosiak of the Milwaukee Journal-Sentinel). The righty left today’s start against the Cardinals in the fourth inning due to what appeared to be a right groin injury.

It’ll be Houser’s second IL stint of the season. He lost around six weeks this summer after suffering a flexor strain in his forearm. Houser returned from that issue around a month ago and reassumed his role in the starting rotation after a couple brief appearances to build up his pitch count. Unfortunately, he’s now done for at least the remainder of the regular season, and it’s possible he won’t throw another pitch at any point this year.

Milwaukee wound up dropping tonight’s contest to St. Louis, officially eliminating them from the NL Central race. They’ve long known they were playing for a Wild Card spot, and they remain a game and a half back of the Phillies with a week to play. The Brew Crew play St. Louis again tomorrow before closing the season with four games against the Marlins and three against the Diamondbacks. Philadelphia has two games against the Cubs, then four with the Nationals and three against the Astros to wrap things up. The Phils hold the tiebreaker over the Brewers, so Milwaukee will need to leapfrog Philadelphia (or, less likely, San Diego) in the standings to earn a playoff berth.

They’ll have to cover one of Houser’s scheduled starts along the way. Rotation injuries have been a major problem for the Brewers, as they’ve also lost Freddy Peralta and Aaron Ashby for extended stretches recently. Both pitchers were reinstated from the injured list last week, but they’ve each been on tight pitch limits without the benefit of a minor league rehab stint. Milwaukee has been left mostly trying to patch things together behind their top duo of Corbin Burnes and Brandon Woodruff, and Houser’s injury only exacerbates the issue.

It hasn’t been a great season for the 29-year-old Houser, who entered tonight’s start with a 4.62 ERA through 99 1/3 innings. He rode an elite 59% ground-ball rate to a 3.22 ERA in 28 outings last season, but that grounder rate has dropped to 47.2% this season. Houser’s strikeout and swing-and-miss rates have also gone in the wrong direction, but Milwaukee has continued to rely upon him as a back-of-the-rotation arm when he’s been healthy enough to take the mound.