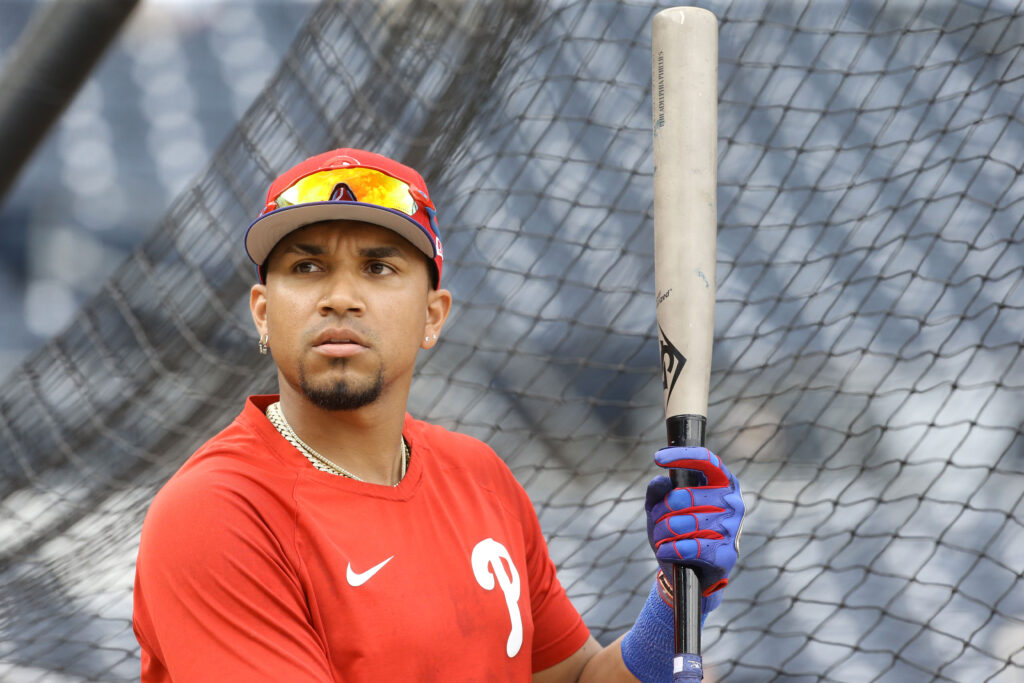 The Phillies announced this evening that infielder Johan Camargo cleared waivers and was assigned outright to Triple-A Lehigh Valley. The switch-hitter was designated for assignment over the weekend.

Camargo signed a $1.4MM free agent deal with the Phils over the winter after being cut loose by the Braves. It marked his first stint outside the Atlanta organization, and he spent the first half of the year serving as a depth infielder. Philadelphia gave Camargo some early run at third base, but he quickly ceded that job to Alec Bohm. He served as a fill-in shortstop while Didi Gregorius was injured, but the Phils eventually turned back to rookie Bryson Stott there. Camargo was optioned to Lehigh Valley at the end of July, but he hit only .213/.311/.298 with two home runs in 167 trips to the plate with the IronPigs.

It’s the fourth straight subpar offensive season for the 28-year-old. Camargo broke into the majors with a pair of above-average years, but he owns a cumulative .219/.271/.348 mark dating back to the start of the 2019 campaign. Even with the ability to cover anywhere on the infield, that tepid offensive output has squeezed Camargo off a pair of rosters in as many years.

As a player with between three and five years of major league service, he has the right to refuse the outright assignment in favor of free agency. Doing so would mean forfeiting his final week’s worth of salary, though, so it seems likely he’ll accept the assignment and report to Lehigh Valley for the final game of their season tomorrow. He’ll hit minor league free agency anyhow at the end of the season, unless the Phils reselect him onto the 40-man roster before November.