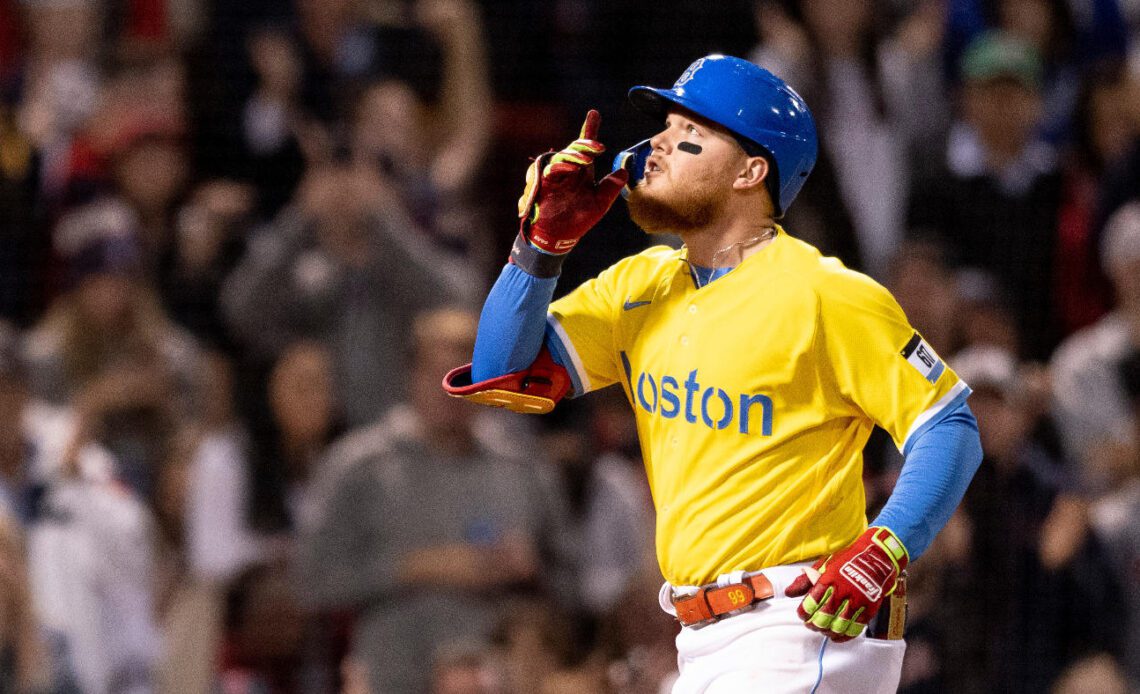 On Friday night, the Los Angeles Dodgers won their 109th game (LAD 10, COL 1) and clinched baseball’s best record, and thus home field advantage throughout the postseason. The 109 wins are the most since the 2001 Mariners went 116-46, and the most by a National League team since the 1909 Pirates went 110-42. Only six teams have ever won 110 games in a season.

When the postseason begins, the Dodgers will look to win their second World Series title in the last three years and their first in a full 162-game season since 1988. Los Angeles won the World Series in the shortened 60-game pandemic season in 2020 thanks in large part to Mookie Betts, who came over in a trade that February and was the NL MVP runner-up.

Outfielder Alex Verdugo was among the three players sent to the Red Sox in the Betts trade and he’s been a solid player with Boston, though he hasn’t come anywhere close to matching Mookie. Earlier this week, Verdugo talked about watching Betts and the Dodgers win the 2020 World Series, and he wasn’t shy about slapping a qualifier on it. From the Boston Globe:

“A 60-game season, it’s still hard to judge to this day,” Verdugo said. “Like yeah, it’s a World Series, right? Yeah, they got a ring. But they didn’t play any games at their home field. They didn’t. There weren’t any fans there. It was 60 games. Anyone could ball out for 60 games. That extra 102 is a big difference. They won it, it’s a true one, for what we call it. But I still call it as I see it, it’s still a 60-gamer.”

The 60-game season was certainly bizarre, but the end of the day, every team tried to win the World Series that season, including Verdugo’s Red Sox. They just failed miserably. Also, the 2020 Dodgers were not some flash in the pan champion. They had baseball’s best record that year (43-17) and have been the sport’s most dominant team over the last decade.

Also, the case can be made the the path to the 2020 World Series was more difficult than the path to the World Series in a “normal” season. The Dodgers had to play an extra round in the expanded 16-team postseason, upping their odds of elimination, and every game was played at a neutral site. They never had the home crowd behind them or slept in their own beds.

Verdugo’s comments come off as sour grapes more than anything. He will be inextricably linked to Betts the rest of his career and that’s not his fault — he didn’t ask to…