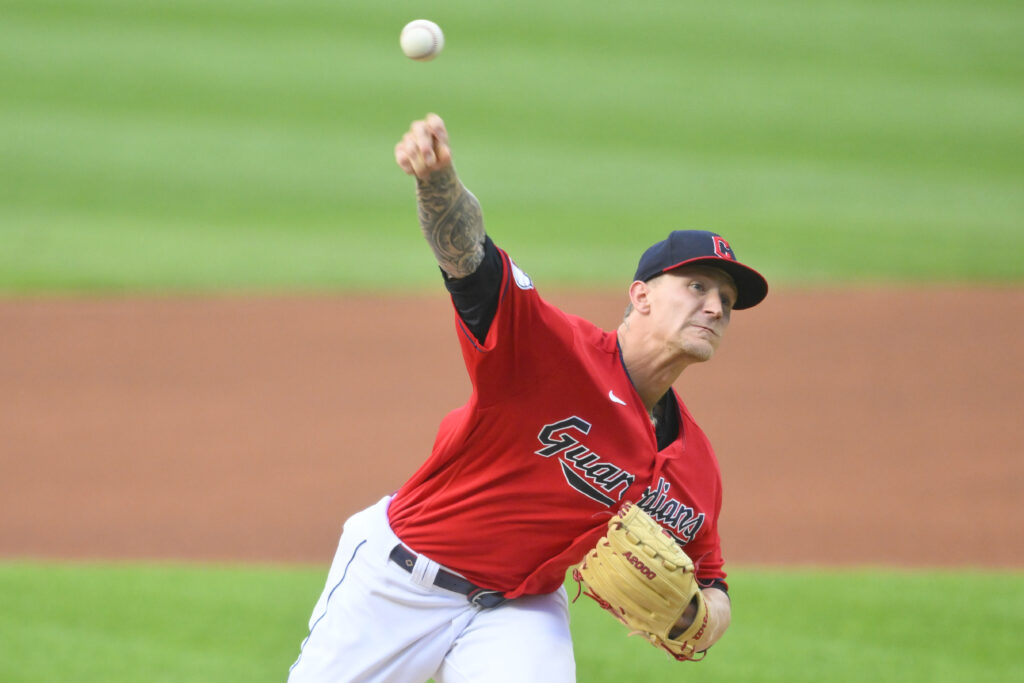 The Guardians announced a quartet of roster moves, including the activation of Zach Plesac from the 15-day injured list and the selection of Bo Naylor’s contract from Triple-A.  To create roster space, infielder Tyler Freeman was optioned to Triple-A, and right-hander Bryan Shaw was designated for assignment.

This will be Naylor’s first taste of Major League action, as the 22-year-old will get a chance at making his debut in the Show before the 2022 season is over, and the unique thrill of suiting up alongside older brother Josh.  The 29th overall pick of the 2018 draft, the younger Naylor is rated as the 58th-best prospect in the sport by Baseball America, while MLB Pipeline has Naylor rated 75th.

It hasn’t exactly been a smooth ride for Naylor in the minors, as after posting respectable numbers in his first two pro seasons, he and countless other prospects had to sit out the canceled 2020 minor league season.  While Naylor still got some reps at Cleveland’s alternate training site, the lack of proper game action seemed to severely impact him in 2021, when he hit only .189/.280/.332 over 335 plate appearances for Double-A Akron.

Remaining at Double-A to begin 2022, Naylor has now regained his status as a potential catcher of the future for the Guardians.  Naylor has hit a cumulative .263/.392/.496 with 21 home runs over 510 PA this season (220 PA at Double-A, 290 at Triple-A).  As per Pipline’s scouting report, Naylor got on track “by using a much more disciplined approach and utilizing the opposite field more often,” which also bodes well for his longer-term development as a big league-caliber hitter.

Cleveland has long prioritized defense at the catcher position, and Naylor has also drawn solid reviews for his blocking and framing ability.  He could continue the Guardians’ focus on glovework while also bringing some much-needed pop behind the plate, if he delivers on his potential at the MLB level.

As much as the Guards have relied on young players to fuel their run to the AL Central crown, it probably seems likely that the team will stick with the veteran duo of Austin Hedges and Luke Maile heading into the postseason.  Naylor’s presence does at least give the Guardians another potential option to consider for the playoffs, but this late-season call-up could be more about rewarding Naylor for his big season and taking a look to the future.  Hedges is a free agent this winter, so Cleveland could potentially head into 2023…