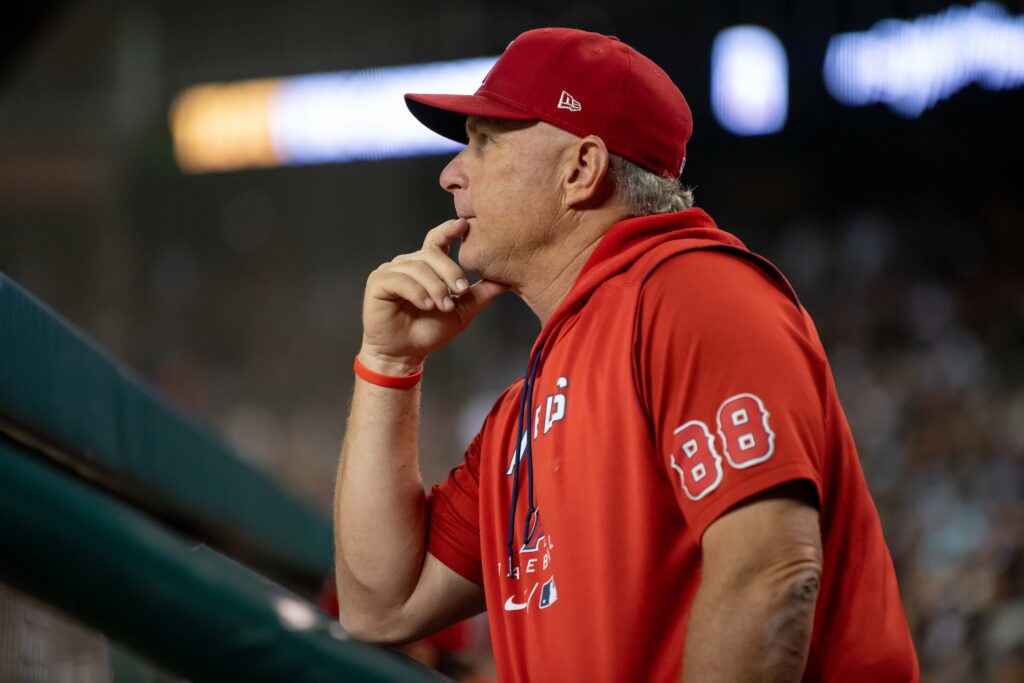 The Angels announced that they have agreed to a one-year contract with Phil Nevin to manage the club in 2023. Nevin had taken over on an interim basis this year when Joe Maddon was fired but will stick around for another season in the dugout.

Nevin, 51, will get his first proper stint as a manager next year. After playing in 12 seasons from 1995 to 2006, he transitioned into coaching. He began in independent ball before getting some work in the minors. He got up to the major league level in 2017, joining the Giants as a third base coach before taking on the same job with the Yankees and Angels.

2022 got off to a roaring start for the Angels, with the club going 14-8 in April. For a moment, there was hope that the club could finally put it all together after years of not being able to capitalize on all the talent on their roster. However, the club slumped after that, eventually undergoing a 12-game losing streak across the end of May and early June, leading to Maddon getting fired as bench boss.

Nevin was promoted to interim manager at that point, losing his first two games to extend that losing streak to a 14-gamer. Overall, since the switch, the club has gone 46-59. Those aren’t exactly inspiring numbers, but it’s hard to know how much of that to pin on Nevin given the deficiencies of the roster.