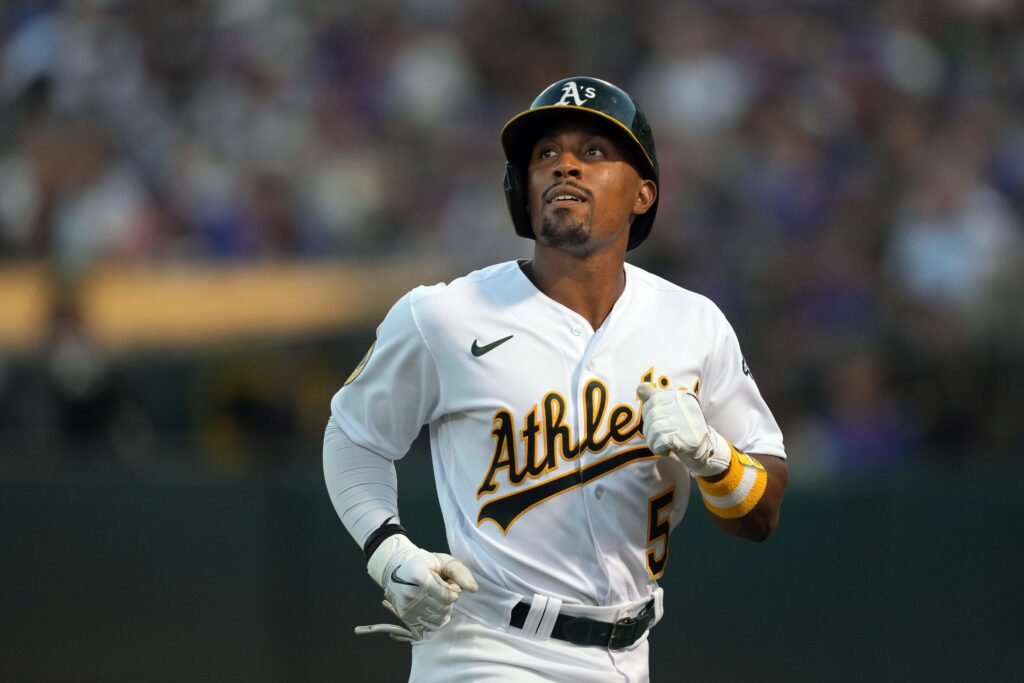 The 2022 season has been a disappointing one for A’s second baseman/outfielder Tony Kemp, who’s followed up last year’s .279/.382/.418 slash with a flimsy .235/.308/.335 output through a career-high 554 plate appearances. Kemp, due a raise on his $2.25MM salary in what will be his final trip through the arbitration process, seemingly acknowledged his status as a potential trade or non-tender candidate, telling Matt Kawahara of the San Francisco Chronicle that he hopes he’ll get the chance to rebound with Oakland next season.

“I want to be with this team,” Kemp said yesterday. “…going into my last year of arbitration I just think that being able to be part of this team would be something special.”

A’s skipper Mark Kotsay gave Kemp a vote of confidence, lauding the 30-year-old’s improved second-half play and touting him as a potential clubhouse leader for the 2023 team. Kemp, to his credit, is hitting .278/.343/.429 in the season’s second half, but the A’s have been focused on shedding payroll since last offseason began; time will tell whether Kemp becomes another step toward that end.

Kemp’s salary next season will by no means break the bank — likely falling shy of the $4MM range. As I noted when previewing Oakland’s upcoming offseason, the A’s don’t have a single dollar committed to next year’s roster at the moment, with Kemp, catcher Sean Murphy, outfielder Ramon Laureano, righty Paul Blackburn and perhaps lefties A.J. Puk and Cole Irvin (depending on this year’s Super Two cutoff) standing as the team’s notable arbitration-eligible players. (Murphy, who drew ample interest prior to the summer trade deadline, figures to generate plenty of interest again this offseason.)

One player who assuredly won’t be back — at least in a playing capacity — is veteran catcher Stephen Vogt, who announced late last month that he’d retire at season’s end. A ten-year veteran with a unique career arc and future managerial aspirations, Vogt seems far from done in with baseball as a whole. Whether the next steps for him are to pursue coaching/managing, front-office work or even a career in the broadcast booth remain to be determined, but the Chronicle’s John Shea spoke to Kotsay, GM David Forst and broadcaster Ken Korach about why Vogt would excel at any of the three.

Kotsay praised Vogt’s ability to have tough conversations with teammates — “telling guys things they need to hear, not things they want to hear”…