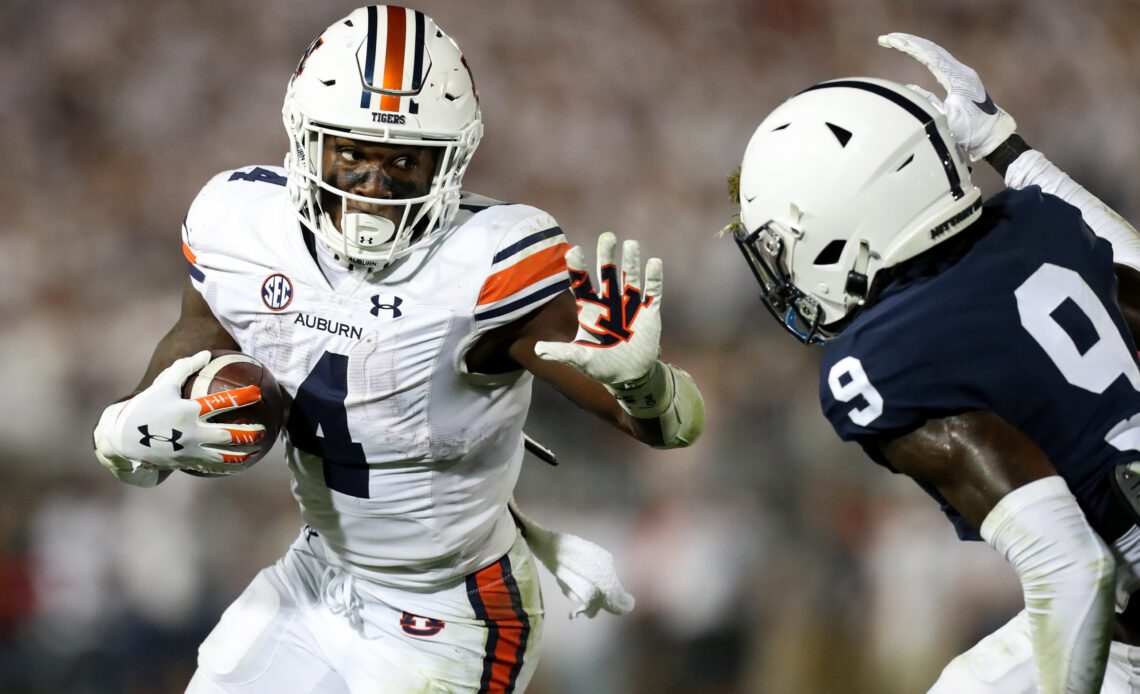 With that in mind, we have two things relating to the Tigers’ frequent matchup against Georgia, with the uniform selection and the team’s honorary captain for the game this Saturday. Outside of that, we highlight a former Auburn kicker who is shining in the NFL with the Las Vegas Raiders and take a look at the baseball team’s SEC slate for 2023 the team has just announced on Twitter.

With that in mind, grab your coffee and take a gander at this edition of Auburn Wire’s Auburn Morning Rush:

Auburn to run with “Stormtrooper” look for Georgia game

It’ll be all white for the Deep South’s Oldest Rivalry.

The Auburn Tigers’ Twitter account revealed that the team will wear all-white uniforms against the Georgia Bulldogs, including an all-white facemask. The last time Auburn wore its all-white color scheme was in Week 3 of 2021 during Penn State’s own “White Out” game. Auburn lost that game, but the Tigers are hoping for a reversal of fortune when the two teams face off in Athens, Georgia this weekend.

Former Auburn kicker Daniel Carlson has been proving his worth in Las Vegas.

Carlson has so far been a perfect 4/4 on field goals this year for the Raiders, with his longest kick being 55 yards. He’s also currently holding the longest field goal consecutive streak record, with 35 field goals made in a row. That doesn’t account for extra points, unfortunately — he’s missed an extra point this year.

The Auburn baseball team has announced its SEC slate for 2023.

The team will play series’ with Georgia, Texas A&M, Mississippi State, LSU and Missouri at home. The team will also play five series’ on…