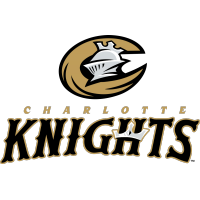 The 2022 season for the Charlotte Knights yielded some strong performances for many of the players within the Chicago White Sox organization. Charlotte Knights Media Relations Associate, Sam Perry, took a month-by-month look back at the 2022 season. In this six-part series, Perry highlights the top players from each month — both on the mound and in the batter’s box.

From the end of May to the beginning of July, Finnegan had a 14-game, no-earned run streak. Well, the month of June was home to seven of those games where he allowed zero earned runs and only allowed one run during the month. In his seven appearances, he threw 8.1 innings with two holds while striking out eight batters and posting a 1.20 WHIP.

Blake Rutherford had a strong June for the Knights. Laura Wolff/Charlotte Knights

Rutherford had a solid June in 20 games, batting .280, scoring seven runs, hitting six doubles, one triple and three home runs with 13 RBI. He had led the Knights this month in RBI and doubles. He also had six multi-hit games for the month. On June 25th, the Knights played in Worcester and won 12-2, led by Rutherford, who went 3-5 with three RBI, a double and two runs scored.

Adam Haseley had a solid month of June in Charlotte. Laura Wolff/Charlotte Knights

Haseley had an outstanding June that was so good he got called up by the White Sox on the 19th of the month. His promotion to the parent club limited him to just 14 games with the Knights, which is what put him as the honorable mention for this month. During his time in Charlotte during June, Haseley batted .315, scoring 11 times with six doubles, one triple and one home run. He also contributed 12 RBI and walked six times.