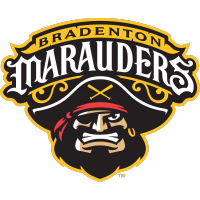 BRADENTON, Fla. — The Bradenton Marauders, Single-A affiliate of the Pittsburgh Pirates, have announced their schedule
for the 2023 Florida State League season.

The Marauders open the new season at LECOM Park on Friday, April 7, against the Clearwater Threshers, Single-A
affiliate of the Philadelphia Phillies. LECOM Park, originally opened in 1923, will celebrate its 100th anniversary with a 66-
game slate of home dates.

Eight of the nine opposing teams in the league will pay at least one visit to LECOM Park during the season, with only the
defending FSL champion St. Lucie Mets not scheduled to journey to Bradenton.

The Marauders, meanwhile, will visit every opposing city in the circuit at least once. Among the team’s road trips will be
the final series of the season, a six-game set in Fort Myers, September 5 through 10.

Promotional dates for the season will be announced at a later time.