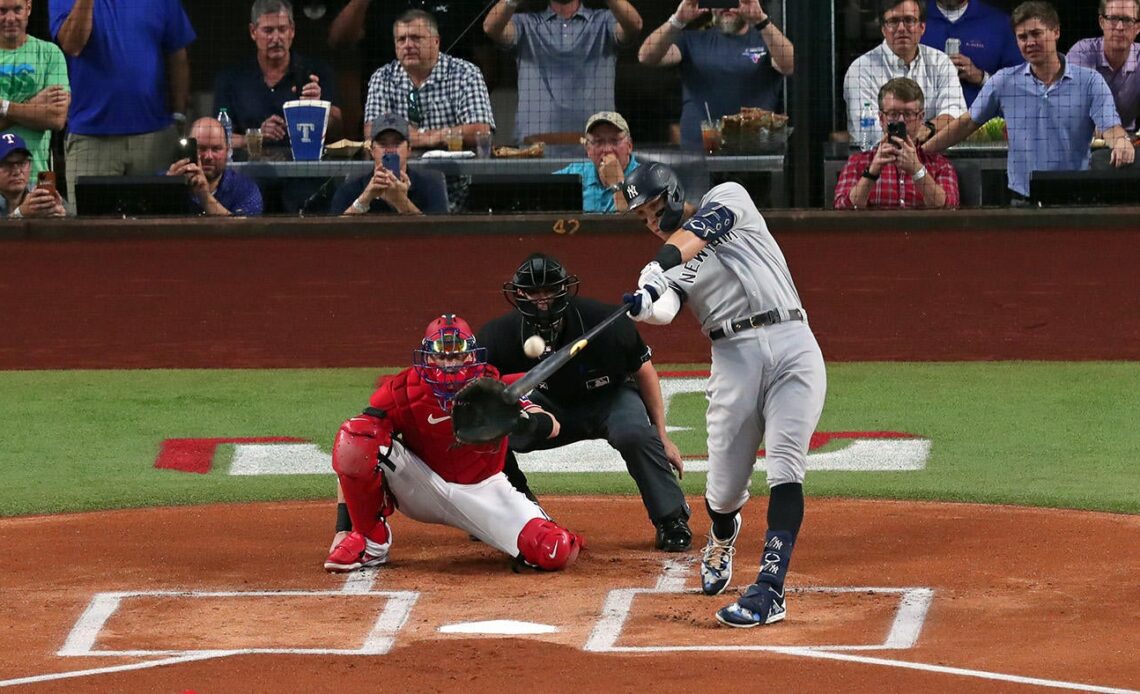 Aaron Judge made us wait and wait and wait… until he didn’t. After a five-game home run drought, Judge crushed a lead-off blast to left field against the Rangers on Jesús Tinoco‘s third pitch of the game for his 62nd homer of the season. With the solo shot, Judge passed Roger Maris‘ mark from 1961 for most by an American League player all-time.

More than that, though, it solidifies what we should have already known: The Yankees simply cannot lose Judge this offseason, writes MLB expert Mike Axisa.

As for everything else surrounding the historic night…

Not so honorable mentions

After an impressive comeback victory over the Jaguars, the Eagles remained atop our Pete Prisco’s latest NFL Power Rankings. The Eagles are 4-0 for the first time since 2004, and while it’s no surprise that the only undefeated team is No. 1 in the Power Rankings, it is surprising that the NFC East is the only division in the NFL with three teams above .500.

The Eagles couldn’t climb any higher in Pete’s rankings, but the 3-1 Cowboys and the 3-1 Giants could — and did.

As a Virginia native who grew up rooting for D.C. sports, I feel no need to discuss the other team in the division….