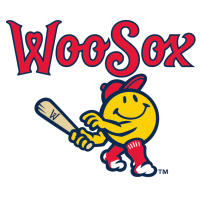 In its second season of operation, Polar Park has seen grand slams and no-hitters. The Worcester faithful have funneled through Rodenhiser Gate C, lounged in the DCU Club, and been treated to UniBank Fireworks, all while taking in the ballpark atmosphere, decorated by the logos of the WooSox’ many generous corporate sponsors.

Without the help of their founding partners, there would be no Polar Park or WooSox baseball. As a result, the Worcester Corporate Partnerships team, along with WooSox President Dr. Charles Steinberg, took a weekend in August to treat some of the founding partners to a California baseball excursion, visiting Dodger Stadium in Los Angeles and Petco Park in San Diego.

Landing at LAX, the group checked in at the Millenium Biltmore Hotel in downtown Los Angeles. After a catered lunch, the partners set out for Chavez Ravine for a tour of Dodger Stadium. Steinberg, the former chief marketing officer for the Dodgers, led the tour.

Dodger Stadium, although celebrating its 50th anniversary, has had renovations overseen by Janet Marie Smith, longtime partner of WooSox Chairman and Principal Owner Larry Lucchino, and designer of Polar Park.

Partners pointed out the indistinguishable similarities between their home park in Worcester and some aspects of the venerable Dodger stadium.

“The cool thing about Dodger Stadium was that it’s if you looked at just the fence, and at the siding, you would think that you’re at Polar Park,” said Danny Malm, WooSox corporate partnership services associate. “It’s the same exact color, same blue. And I think it’s the same manufacturer from here at Polar Park.”

The Dodgers routed the Milwaukee Brewers 10-1 before the group returned to the Biltmore for the night. The next day, an early bus ride through southern California to San Diego was filled by the stories of Steinberg’s seven years working with the Padres as Lucchino built Petco Park.

The partners stayed at the Omni San Diego Hotel, which stands directly over Petco Park. Once more, the partners were treated to a Steinberg-led tour of yet another classic ballpark, filled with the many musings of Steinberg’s time in USA Today’s 2022 Ballpark of the Year.