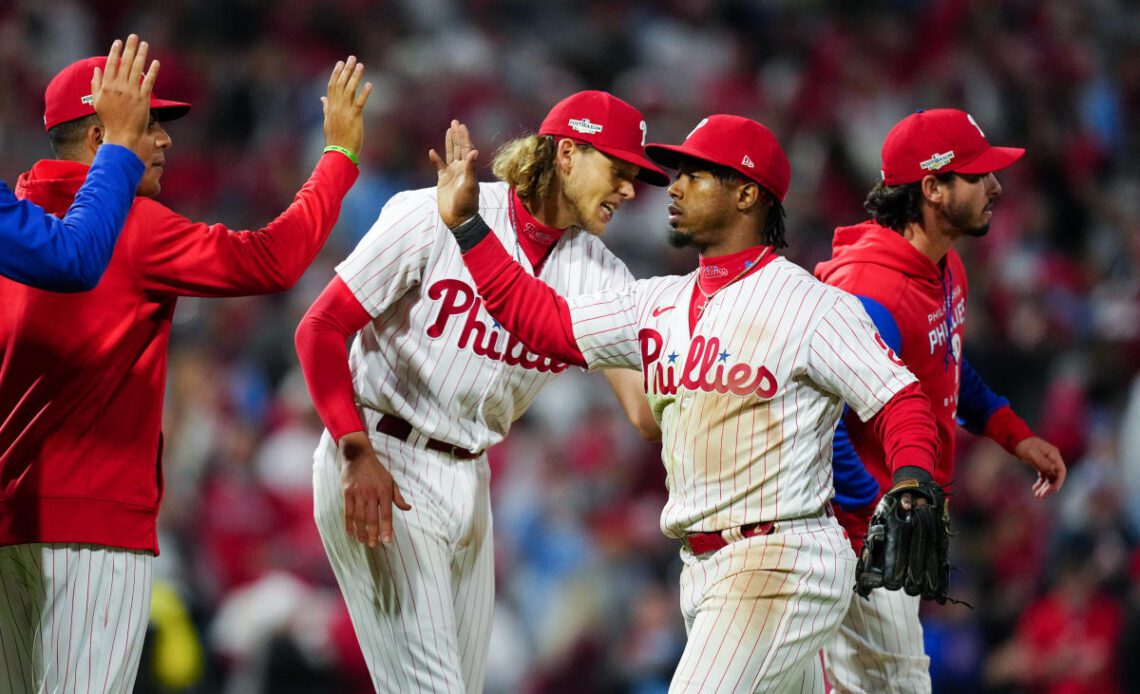 PHILADELPHIA — There are brothers competing against each other in the National League Championship Series. You’ve probably heard about this. The Nola parents have become well-deserved media darlings as their sons, Austin of the San Diego Padres and Aaron of the Philadelphia Phillies, have progressed deeper into the postseason through a couple of upset series to find themselves here: a pitcher and catcher on the last two NL teams standing. It’s cute.

In the seventh inning of Game 3 of the NLCS, the infamous Phillies fans considered this familial connection and saw an opportunity to stunt on the opposition, jeering at Austin Nola, “Aaron’s better” over and over until he struck out.

They’re not wrong, per say — I hope existing in perpetual contrast to your more successful, younger brother doesn’t sour the experience of being a major league baseball player in the postseason — but the Padres did just even the series at a game apiece by scoring six off Aaron Nola on Wednesday in San Diego.

The point is, that hardly matters to a fanbase that’s a little feral by nature and rabid from waiting. Eleven years without postseason baseball in Philly has given way to a team that frustrates as often as it delights, a team that has made it here, to the precipice of a pennant, playing only two games at home in practically a month. They ended the season with a 10-game road trip, snuck into a newly expanded postseason and haven’t had home-field advantage since. They knocked off the NL Central-winning Cardinals in a couple of games in St. Louis, clinched the division series at home against the reigning Braves after splitting the first two in Atlanta, and finally returned home to Citizens Bank Park this weekend with the NLCS knotted up at a game apiece after playing two on the west coast.

So, yeah, given a chance to gloat a little about their guys, Phillies fans took it.

And besides, they could tell themselves it worked.

That brought up Ha-Seong Kim, the Padres shortstop, who promptly smacked a sinker that sent veteran second baseman Jean Segura diving to stop as it bounced into shallow right field. You couldn’t call it a routine play, and even if you could, routine is exactly the kind of play the Phillies botch all the time. This time, however, Segura snagged the bouncing ball, leapt to his feet, and fired to first to get the final out of the inning.

By that point, he had committed an error (one of two for the team on the night),…