Clayton Kershaw and the Dodgers closing in on one-year deal 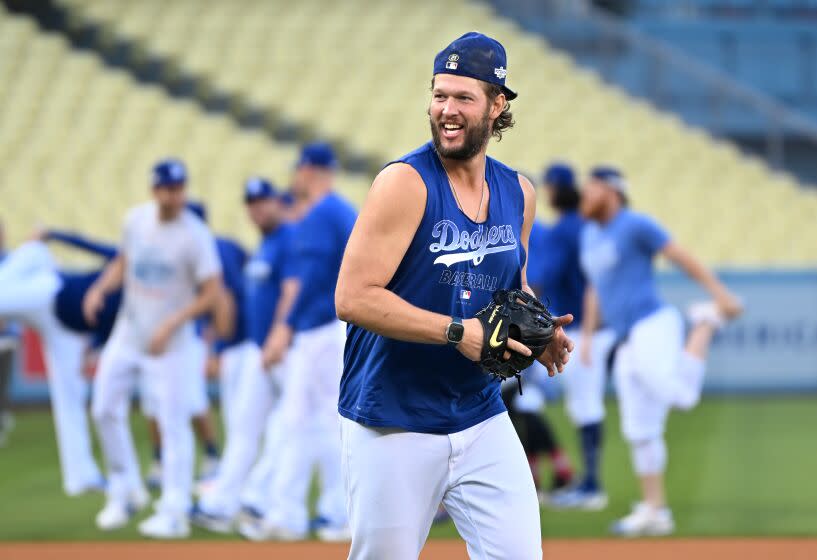 Clayton Kershaw is nearing a one-year deal with the Dodgers that is similar to the $17-million contract he signed before last season, according to two people familiar with negotiations but not authorized to speak publicly about them. The deal is expected to be finalized over the next few days.

The Dodgers declined to extend the three-time National League Cy Young Award winner a $19.65-million qualifying offer by Thursday’s 2 p.m. PST deadline, but the left-hander is opting to remain in Los Angeles rather than testing the free-agent market or pitching for his hometown Texas Rangers.

“Things just feel more right in the world when Kershaw is wearing a Dodgers uniform,” Andrew Friedman, the team’s president of baseball operations, said at this week’s general manager meetings in Las Vegas. “That’s just how it lands with us. But we couldn’t respect more him and [wife] Ellen going through this process.”

Kershaw, who lives in the Dallas suburb of University Park and is a close friend of Texas general manager Chris Young, was a free agent for four months last winter.

He considered playing for the Rangers before ultimately signing a one-year, $17-million pact with the Dodgers, citing the chance to win a second World Series as the biggest factor.

The Dodgers fell short in that bid for a title, losing to the San Diego Padres in a four-game NL Division Series, but Kershaw will be back in Los Angeles again in 2023 to continue his Hall-of-Fame-worthy career and be part of what the Dodgers hope is another championship-caliber rotation.