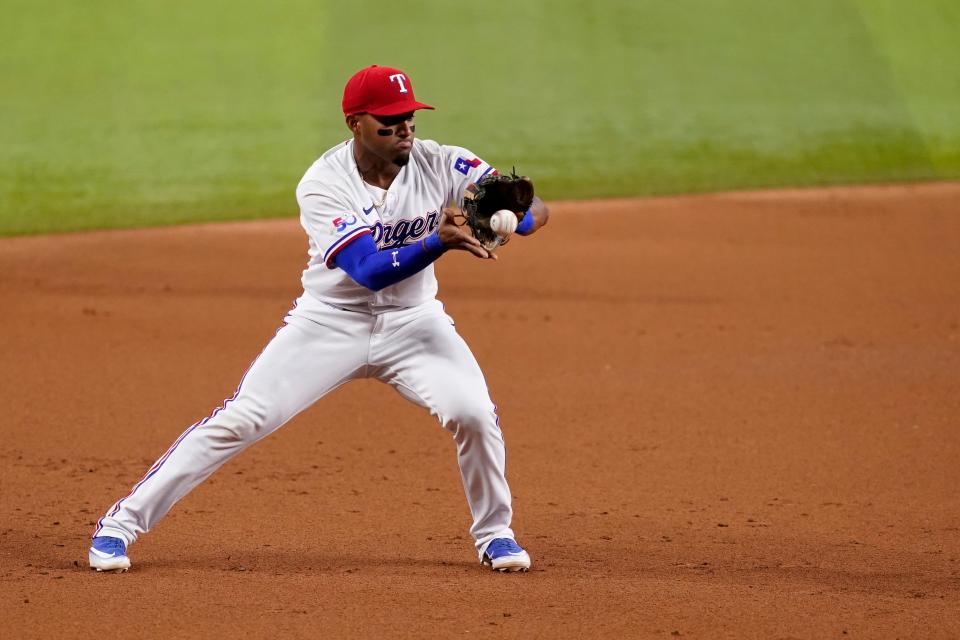 On Thursday, Harris went back to the well by claiming infielder Andy Ibáñez off waivers from the Texas Rangers, the team announced. Harris has made four waiver claims since taking over day-to-day operations of the Tigers in early October. Expect the Tigers’ roster to feature plenty of depth in the years to come.

“We’ve made a few claims,” Harris said Tuesday at the general manager meetings. “We made a lot of claims in San Francisco. There’s talent on the waiver wire often, and we need to dig on every single player that is on waivers and see if they present an upgrade for us. If they do, we’re not going to be shy about claiming them.”

In November 2014, Ibáñez defected from Cuba to pursue a professional career in the United States. He signed a minor-league contract with the Rangers in July 2015 and reached the majors in May 2021.

Ibáñez is comfortable at three infield positions, starting 17 games at first base, 29 games at second base and 32 games at third base in his MLB career. He also received one start in left field.

He has one minor-league option remaining.