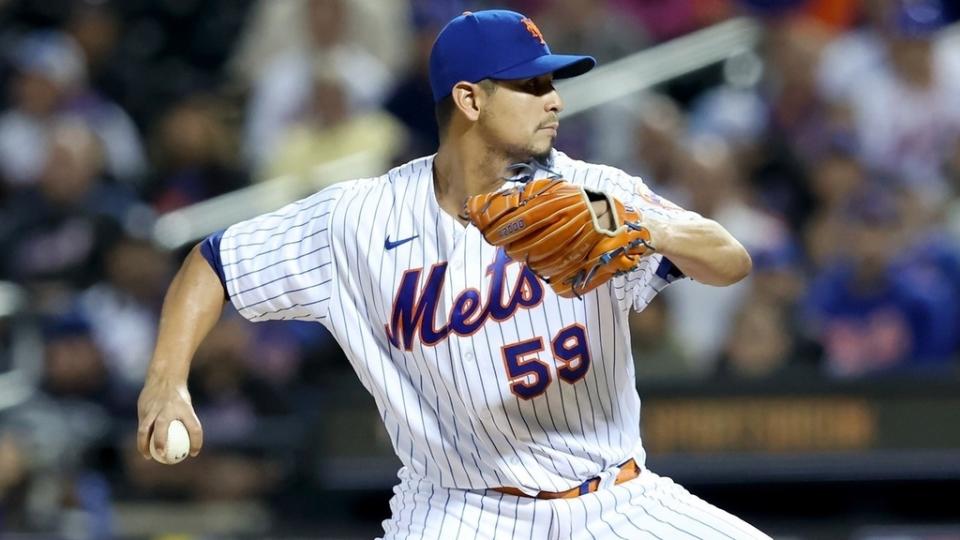 The Mets have picked up Carlos Carrasco‘s $14 million option for the 2023 season, Billy Eppler said Thursday at the GM Meetings.

With the Mets’ starting rotation in flux aside from Max Scherzer, picking up Carrasco’s option always seemed likely. And having Carrasco locked in as the No. 4 starter will help the Mets map out the rest of their offseason plan.

“Just the fact that we value him as a starter and like the arsenal of tools, like the presence that he brings on the mound, [he’s] reliable and we know that he can handle New York,” Eppler said on Thursday. “So, a lot of those elements kind of drove that decision.”

He didn’t quite resemble the No. 2 starter he was during much of his 11-year tenure with Cleveland, but  — despite some late-season struggles — he was one of the Mets’ most reliable starting pitchers as he tossed 152 innings over 29 starts, posting a 3.97 ERA (3.53 FIP) and 1.32 WHIP.

A look at Carrasco’s advanced stats last season is a mixed bag.

He was among the best in baseball in chase rate (94th percentile), had a walk rate that was well above average, and was also above average in whiff percentage and barrel percentage. But his hard hit rate was in the 32nd percentile after being in the 51st percentile in 2021, and he was well below average when it came to xBA and xSLG.

When it comes to the $14 million now owed to Carrasco for 2023, the Mets will likely be blowing past the highest luxury tax level of $290 million for 2023 no matter what, and that money is not going to be a huge impediment.

In a best-case scenario, the Mets have an embarrassment of riches in their starting rotation and some tough decisions to make. In a worst-case scenario where both Jacob deGrom and Chris Bassitt walk, Carrasco will help stabilize the rotation along with whoever else is added to replace them.