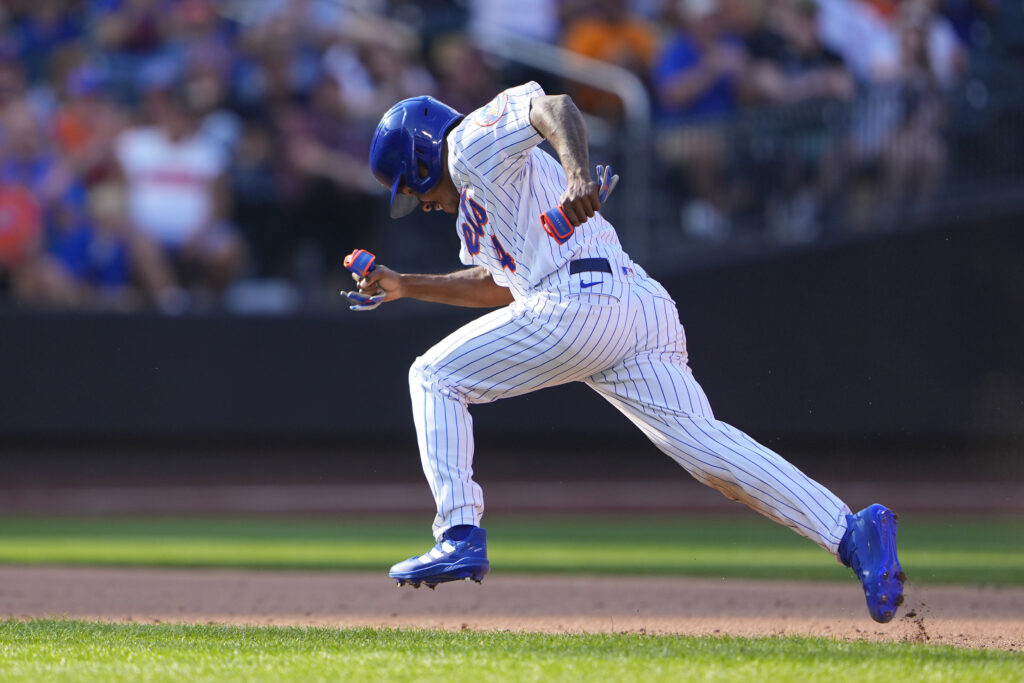 The Mets announced to reporters, including Mike Puma of The New York Post, that outfielder Terrance Gore was outrighted to Triple-A Syracuse. However, he has rejected that assignment and elected free agency, a right he has as a player with previous outrights in his career.

Gore, 32 in June, is a veteran of eight MLB seasons at this point, though he’s primarily been used as a pinch runner and defensive replacement. Over those eight seasons, he’s appeared in just 112 games and has been allowed to take just 85 plate appearances. In that time, he’s produced a career batting line of .216/.310/.270 for a wRC+ of 61. However, he has 43 stolen bases in his career, just over half the number of plate appearances he’s been given.

He was selected to the Mets’ roster at the end of August and continued to serve in that kind of a role. He got into just 10 games, making just eight plate appearances, but was still able to swipe three bags in that time. However, he hit .143 in those trips to the plate and struck out 37.5% of the time without earning a walk.