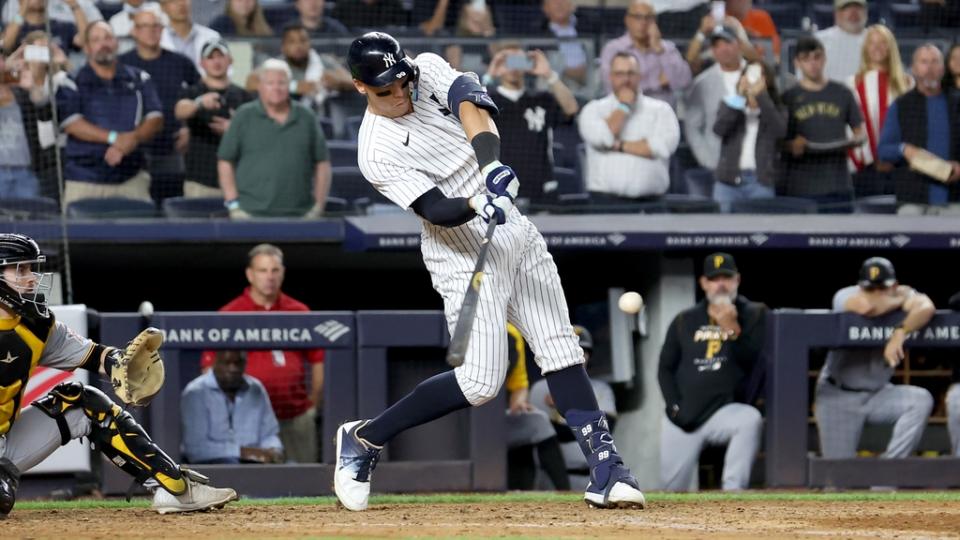 Yankees outfielder Aaron Judge won the 2022 Silver Slugger Award on Thursday, an award given to the best offensive players at each position in each league.

This is Judge’s third Silver Slugger. He previously won as a rookie in 2017 and his second was just last season.

Julio Rodriguez of the Mariners and Mike Trout of the Angels joined Judge as the three outfield winners. They beat out Kyle Tucker, Randy Arozarena, George Springer, Taylor Ward, Anthony Santander, Adolis Garcia and Teoscar Hernandez in the category.

The 30-year-old had an unbelievable season. He wound up hitting 62 home runs, breaking the single-season record for the American League while also hitting .311 and 131 RBI. He wound up leading the AL in the home run and RBI categories and just barely missed out on the batting title — that went to Minnesota’s Luis Arraez who hit .316.