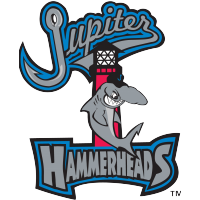 JUPITER, FL – Minor League baseball returns to America’s busiest ballpark this summer. Roger Dean Chevrolet Stadium will continue to be the home of the Palm Beach Cardinals and Jupiter Hammerheads for the 2023 season. Action gets underway when the Cardinals host the Hammerheads on April 6th in the first of 132 Florida State League games at the Dean.

Both the Hammerheads and Cardinals will play 66 home games in Jupiter this season. The other eight FSL teams will all make the trip to RDCS at least once during the 2023 season. The two home clubs will see each other a total of 27 times, including the season opener and July 3rd for our Mega Bash celebration.

Last season, the Palm Beach Cardinals won the Second Half and earned a spot in the playoffs for the first time since 2018. The Beach Birds finished with an overall record of 67-61. The Jupiter Hammerheads fell just short of the playoffs and ended with an overall record of 63-66 last season. Both teams were fueled by exciting, young talent that is sure to make some noise throughout the other Cardinals and Marlins affiliates.

Roger Dean Chevrolet Stadium staples like Silver Sluggers, Thirsty Thursday, and Kids Club will be back again in 2023, along with some brand-new packages and promotions. More details regarding all of the exciting upcoming promotions at the Dean will be announced at a later time.

Fans can purchase FSL Season Tickets, Group Packages, and brand-new season-long ticket bundles like the 10-Game Fan Voucher Pack and the 2023 Suite Membership. Individual game tickets for the season will go on sale during the annual Fan Fest event at the stadium on January 7th, 2023.