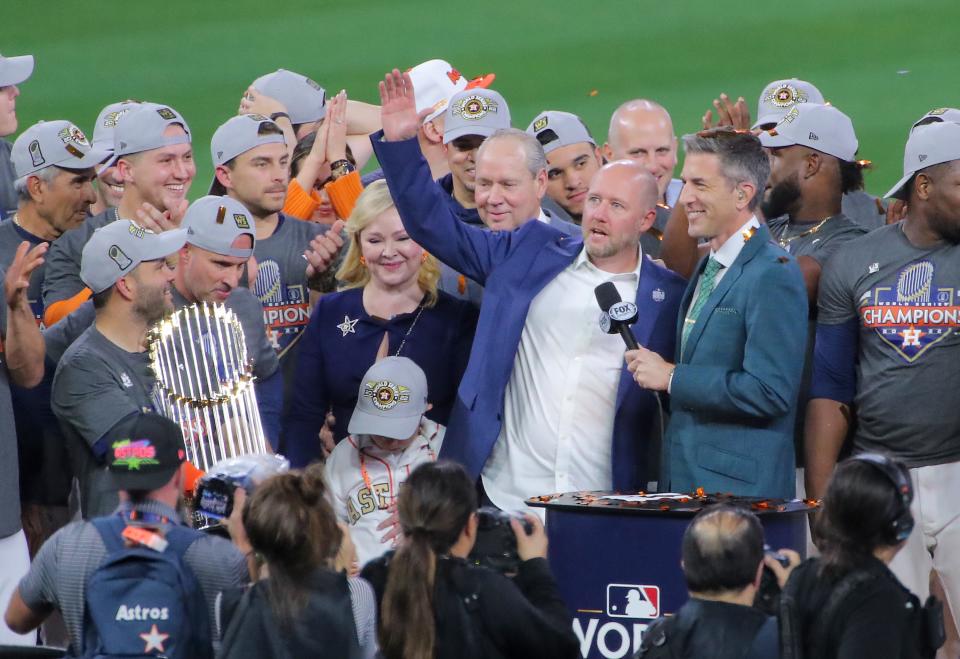 Crane had to be persuaded into even offering Click a contract on Monday, knowing the perception of how it would be perceived firing a GM who just led your team to the World Series championship.

Crane consented, but insisted it would be only for one year, the same length as manager Dusty Baker’s deal, and a raise from his $1 million salary.

Click publicly voiced his displeasure at his press briefing on Tuesday in a room full of other American League GMs, saying what everyone knew: He and Crane often had a difference of opinion.

“I think he likes to act very quickly in certain cases. I tend toward a more deliberate approach. He is very demanding, but he also gives you the resources to accomplish what he tasks you to do. …

Click went onto to say that he was completely unaware of Baker’s scheduled press conference on Wednesday to announce his return. Certainly, Click wasn’t consulted, asked his input, and was not part of the negotiations to bring him back.

It was an awkward admission, and when they had the press conference. Baker was there with Crane at Minute Maid Park in Houston. Click was still in Las Vegas without a contract.

THE OFFSEASON: MLB’s hot stove has a different vibe this winter

Take it or leave it.

Click, perhaps believing Crane was bluffing and there was room for negotiations, turned it down.

Crane, knowing that Click would reject the offer, walked away too.